Published by StringOvation Team on March 29, 2019 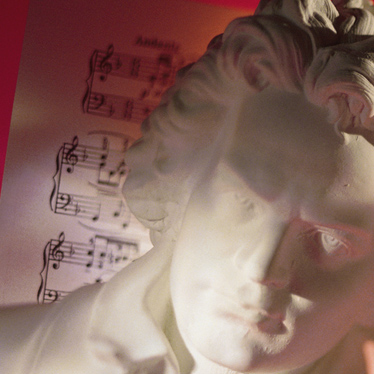 nother list, another opportunity for people to debate who belongs on it. You can pick apart our list of the 10 Romantic Composers You Need to Know or you can stay here and let us know which of your favorite Classical era composers you think we've left off this list.For the sake of clarity – "Classical" here refers to the specific period of musical output that sits between the Baroque and Romantic periods, roughly 1750 through 1820. Not "classical music" as the term is used colloquially. The lines between periods aren't firm separations.

Most music scholars mark 1750 as the year when Baroque ended, and the Classical Era began because that's when Johann Sebastian Bach (1685 – 1750) died. Bach was the quintessential Baroque composer, which was one reason his later works were not generally well-received by contemporary audiences. However, he wove aspects of Classical formalism and idealism into one of his most famous works today, The Goldberg Variations.

Another Baroque great, George Frideric Handel (1685 – 1759), was admired by and influenced the greatest of the classical conposers to come: Mozart and Beethoven. Messiah, which Handel composed late in life, is one of his most famous works today.

It contains High Baroque hallmarks, such as operatic structure and choral counterpoints. Its religious theme is Baroque. Yet it was composed with comparatively lean, simple scoring.

Our Top Composers of the Early Classical Period

Carl Phillip Emanuel Bach (aka CPE Bach) (1714 – 1788), one of the sons of famous composer J.S. Bach, he is a standout of the early Classical period. Every cellist is familiar with his cello concertos. Here is his Cello Concerto in A major.


Christoph Willibald Gluck (1714-1787) is known for his advances in opera. Specifically, he fused both the Italian and French operatic styles to create a more Classical, cosmopolitan opera form. Many of his innovations resulted in a simpler, more lyrical, melodic style that made it easier for audiences to understand the words being sung.

Antonio Soler (1729 -1783) scope of interests reflect well this period moving from Baroque to Classical. He was a monk and mathematician, in addition to being the maestro de capilla at a Spanish monastery. Soler wrote treaties on harmony and math. His compositions were primarily for keyboards, but he did also write a number of quintets for keyboard and strings.


Composers of the middle classical period

Luigi Boccherini (1743 – 1805) is known mostly for cello sonatas and concertos. He died in poverty, which makes it extra unfortunate he's not around today to earn royalties for how often his music is used in films. Boccherini's Minuet from the String Quintet Op. 13, no. 5  is a particularly familiar favorite.

Princess Anna Amalia, of Brunswick-Wolfenbüttelncess (1739-1807) was able to use her social position and power as regent to her infant son, to turn her duchy into a major cultural center in Germany. However, she was more than a patron of the arts. Working with the likes of CPE Bach, she was a composer of renown in her own right. Here's here Divertimiento in B-flat Major:

Composers of the late classical period

Antonio Salieri (1750 – 1825) did not kill Mozart, great movie adaptions notwithstanding. The Italian composer and conductor, was in fact, highly influenced by Gluck. As a result, Salieri primarily composed operas. His Les Danaïdes was originally a commission for the older composer. However, Gluck could not take it on and Salieri ultimately composed the score.

Muzio Clementi (1752 – 1832) could credibly be considered one of the driving forces in the pianoforte replacing the harpsichord; a key marker of the transition from Baroque to Classical music. This was perhaps because Clementi manufactured pianos in addition to composing for them. His masterwork, Gradus ad Parnassum, is a collection of 100 exercises for solo piano. He did, however, compose a number of sonatas for piano and violin, such as this sonata for piano and violin Op 4 No 2 in E flat major:


Wolfgang Amadeus Mozart (1756 – 1791), a child prodigy who died much too young. Even so, he was a prolific composer across the full spectrum of forms, mastering and innovating on them all, from opera to serenades. One his best compositions centering strings is his String Quartet No. 5 in D major.

Joseph Bologne (aka Chevalier de Saint-Georges) (1739 – 1799) was born a slave in Guadeloupe and became a maestro of fencing and the violin. He is also a leader in the evolution of the Baroque concerto grosso by blending it with an instrumental solo concerto, creating the symphonie concertante. Here is the first movement of his Symphonie Concertante in G major.

Beethoven ushers in the Romantic Era with a Classical foundation

Ludwig van Beethoven (1770 – 1827) was born at the start of the Classical Era­ – raised and trained in its compositional forms and values. However, the force of his personality and talent took the objective, rational, logical vocabulary of Classical music and used it to make emotionally explosive symphonies and chamber music. His one his most challenging string quartets, String Quartet No. 14, Op.131.

You can enjoy this work, and more of the greatest compositions from the Classical Era with our Spotify playlist, "A Little Classical Period Night Music."