Published by StringOvation Team on February 28, 2018 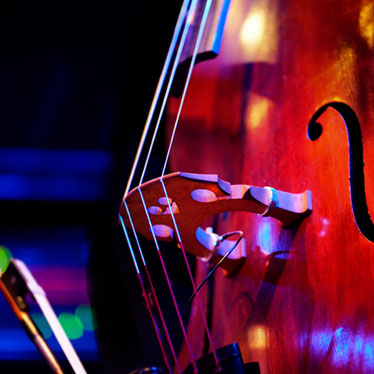 Quick results help keep you motivated. Even better when those results mean you’re playing music you like quickly. Every beginner student needs to focus on the basics and techniques, but it’s helpful to have a library of fun pieces to keep you motivated.

We began our library of awesome songs for beginner bass students a couple of years ago (check that list out here). Now we’re building on that by sharing with you ten more beginner bass songs that will let you show off earlier than you ever expected.

Ode to Joy by Beethoven is a classical work everyone loves. Officially titled “Symphony No. 9 in D minor,” it sounds a bit more intimidating, but don’t let it. This free sheet music has reworked a portion of the symphony specifically for the beginner cellist. For a young student interested in classical music, or as a great way to introduce them to classical music they can get their hands around, this is a great choice.

The Funeral March by Frédéric Chopin was written as a piano sonata, but has been arranged for a variety of instruments, including a full orchestra. The plus for all beginners is that it has a slow tempo, which means you can master a classical work early on.

All of Me by John Legend goes in a completely different direction. This slow roll, popular R&B song helps new students explore a different musical genres. This will make a great duet for the bass player with a friend learning to play the piano.

Hallelujah by Leonard Cohen is one of those songs that never fails to move, even without the lyrics being sung. First recorded by Cohen in 1984, it’s one of contemporary music’s most covered songs. Now it’s your turn. Plus, it’s a contemporary tune that both your friends and parents will like, which makes it great to impress at the family barbeque.

Despacito by Luis Fonsi is a fantastic introduction to Latin sounds. It covers bowing and plucking, as well as being terrific fun to play. You can find a wide range of arrangements at MusicNotes, depending on whether you just want a basic instrumental or a duet with piano. For a little more inspiration, here’s what 2Cellos did with the song:

Someone Like You by Adele is a great beginner song because it’s quite melodic with a slow tempo – perfect to help master a great song. In fact, much of Adele’s music makes for great beginner cello songs, so you can also check out “Hello” and “Rolling in the Deep” too.

Halo by Ryan Tedder, Evan Bogart and Beyoncé is a pop power ballad. Who doesn’t love a good power ballad? No one. The song received nominations for multiple awards, including winning Best Song at the MTV Europe Music Awards 2009. It has a moderate tempo.

Little Lion Man by Mumford and Sons is the choice for anyone who feels ready to go a bit more up-tempo with this folk-rock piece. It has slower breaks interspersed with the faster passages, which helps a new student out. You can also find a video tutorial for this song here.

The Entertainer by Scott Joplin is an American classic of ragtime music. If you’re unfamiliar with this song or style of music popular in the crazy party days of the 1890s, here’s your chance to check out what famed double bassist Gary Karr did with it:

The Imperial March (Darth Vader’s Theme) by John Williams is for the beginner+. As a march, it’s a bit more rhythmic, which requires a bit more technique. But it’s a sure-fire crowd pleaser.

Give some of these tunes ago and share your practice videos with us at https://www.facebook.com/StringOvationMag/. We can’t wait to see what you can do!