6 Artists Not To Miss This Summer

Published by StringOvation Team on July 14, 2018 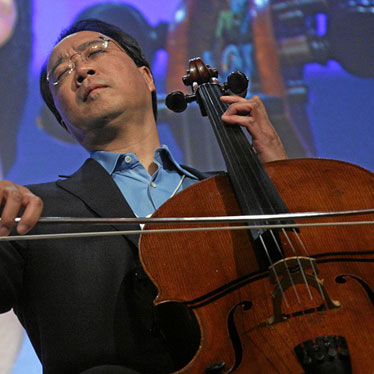 Summer is a time ripe for traveling, exploring, and enjoying. As a musician, you have many opportunities to garner inspiration from the plethora of music festivals happening across the country – and Europe.  If you are staying within the U.S. this summer, you may want to attend the performance of one of these six amazing musicians.

Here’s our list of the top 6 “not to be missed” summer performances for 2018:

Sirena Huang is violin’s fastest rising star – with more awards to her name than can be counted. She made her professional debut at the age of nine. Now at 24, she is a formidable force. Sirena will take the stage July 27 for an unforgettable night with the Music in the Mountains Festival Orchestra, conducted by Guillermo Figueroa, in Durango, Colorado.

If you happen to be on the East Coast, you can catch Sirena at Symphony Space in New York City on August 4, where she will be performing chamber music with the New York Young Concert Artists. Need another NYC date with Sirena? She’ll also be playing on August 6.

Israeli-born violinist Pinchas Zuckerman is basically a living legend. His musical genius, prodigious technique, and unwavering artistic standards are a marvel to audiences and critics alike. As quoted on his agent’s site, “the name Pinchas Zukerman is equally respected as violinist, violist, conductor, pedagogue, and chamber musician. Devoted to the next generation of musicians, he has inspired younger artists with his magnetism and passion.”

Zuckerman is performing in Europe all summer, but makes his way back to the U.S. for two concerts with his trio. If you are in the area, why miss a chance to see a legend?

The violin superstar Joshua Bell seems to be everywhere this summer.  If you’ve got upwards of $1,000 to spend on a ticket, you can hear his private concert on July 15 that supports the Newport Music Festival in Southern California. If not, don’t fret – there are lots more opportunities this summer to catch the virtuoso. Amongst the most tantalizing is the world premiere of the beautiful music he recorded for the Academy Award-winning 1998 film, The Red Violin. You’ll have an immersive experience watching the movie on the screen while, for the first time, Bell performs composer John Corigliano’s lush, Oscar-winning score in its entirety with orchestra.

The Red Violin follows a mysterious antique violin as it travels through four centuries, impacting all who come in contact with it – from its creation by a legendary violinmaker in 1681 Cremona, Italy – to a present-day auction house, where it draws the eye of an expert appraiser. The Festival Napa Valley Orchestra performs with Bell under the baton of esteemed conductor Michael Stern. Composer Corigliano will be in attendance, as well as the film’s director, Canadian filmmaker François Girard. Not in Northern California to see this unique event?  Fear not – Bell will reprise the experience at the Ravinia Festival in Chicago. Bell will also perform a slew of concerts on the East Coast, which you can check out here.

British-born Lawrence Power is one of the foremost, in-demand violists today. “His artistry and penetrating musicianship gains him constant plaudits around the world, reflected in turn in eloquent reviews: ‘No musician today better equipped to play than the minstrel-like Power’ (Financial Times), ‘Power seduces you permanently’ (Trouw), ‘Power is something more: a profound musical personality, his every phrase new and noteworthy’ (Sunday Times).”

His only American concerts this summer are at the Aspen Music Festival in Colorado. And, he’s also giving a masterclass at the Festival on July 17.  Need a date with Lawrence?  Here’s when he’s playing:

Undeniably the reigning virtuoso of the violin, Itzhak Perlman enjoys celebrity status rarely afforded a classical musician. His website bio states he is “beloved for his charm and humanity as well as his talent, he is treasured by audiences throughout the world who respond not only to his remarkable artistry but also to the irrepressible joy of making music, which he communicates.”

Perlman received a Kennedy Center Honor for his distinguished achievements and contributions to the cultural and educational life of our nation. He has performed for presidents, royalty, and now you can hear him in his only U.S. appearance this summer with the Los Angeles Philharmonic at the Hollywood Bowl. The partnership of Perlman with Philharmonic conductor Gustavo Dudamel for Mendelssohn’s time-honored concerto will make for musical magic. Add in Beethoven’s beloved “Pastoral” Symphony, and your experience will be unforgettable!

The world’s greatest living cellist comes down to three syllables: Yo-Yo Ma! The child prodigy turned music superstar has won 18 Grammys and recorded more than 75 albums. Ma started the Silk Road Project, to educate and study the culture and art that thrived on the Silk Road. The organization's vision, according to its website, is to "connect the world's neighborhoods by bringing together artists and audiences around the globe." In 2010, Ma was named a recipient of the U.S. Presidential Medal of Freedom and is currently serving as a UN Messenger of Peace.

This brings us to Ma’s current endeavor: Evolutions – Ma’s new recording of the Bach Cello Suites. Ma believes that at this moment, when our world is challenged by the pace of change and the strain it can create, audiences old and new will find shared meaning in Bach’s suites music. “Bach’s music touches us, it reconnects us to our common humanity,” Says Ma. The New Yorker described his performance of the suites as "The loveliest experience of my listening year … it was as if music had stilled the world.”

Here's the exciting part: Yo-Yo Ma’s journey performing Bach’s complete cello suites is a two-year project in which he will bring these works to a limited number of locations on six continents. Guess what? One of those is happening this summer at the Blossom Music Festival!  Don’t walk, run to get your tickets if you are in Ohio!

Above image of Yo-Yo-Ma courtesy of World Economic Forum via Wikicommons.