Jazz: It's Not Just for Upright Bass Musicians

Published by StringOvation Team on April 19, 2019 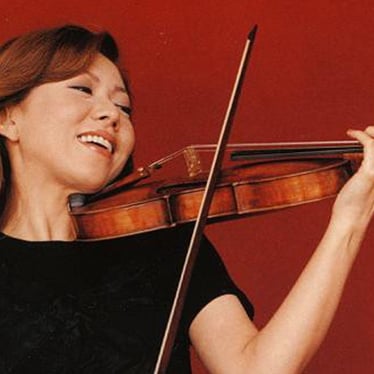 When one thinks of the instruments involved in jazz music, certain tools come to mind. The upright bass (or double bass) is one of them, thanks to the many great jazz bass performances over the years. Brass and woodwind instruments including the trumpet, saxophone, and clarinet are also considered jazz staples. A drum kit, of course, often rounds out the ensemble when jazz musicians get together to creatively improvise and perform.

But did you know that a wide range of instruments can be used to play jazz? In addition to the ones mentioned, string instruments such as violin, viola, and cello have all lent an important hand in the evolution of the art form. While perhaps not as visible as some of the more customary equipment, these often-overlooked jazz instruments – wielded in the hands of some of the most talented players in the world – serve to illustrate the broad spectrum of jazz.

Let the Beat Swing with Strings

Take, for example, Norwegian jazz musician Ola Kvernberg, a virtuosic violin player with a penchant for performing his swinging sounds with a jazzy trio instead of a chamber orchestra. Frequently backed by bass and drums, the musician can turn his violin into a plucky lead instrument while still doling out the emotional, climactic swells violinists are known for.

In fact, Kvernberg’s jazz violin performances are considered so progressive in scope that one, 2014’s The Mechanical Fair, has even been remixed by an electronic music artist, as reported by Pitchfork. That’s certainly a corner not turned by most jazz musicians, especially one who comes from a long line of traditional string players in his family, as Kvernberg does.

But that didn’t stop the forward-thinking string player and his eponymous Ola Kvernberg Trio from forging their own path with the instrument most often considered a cornerstone of classical music. Below, watch a stirring 2012 performance from Kvernberg and his trio at the Bergen Jazz Forum in Norway, one of the oldest jazz outposts in the Scandinavian country.

The Origin of the Funky Cello

How about an instance of an unorthodox jazz instrument from the genre’s arguable golden age? Ron Carter is a jazz veteran who previously performed with Miles Davis, the late bandleader and trumpeter considered an immutable icon of the style. (It’s no secret that Davis often inspires classical string players, with Russian violinist Viktoria Mullova once noting his influence or her improvisation skills in an interview with Elbow Music.)

Carter, an upright bassist by trade, has gone to entirely new places with his unique cello performances on classic jazz recordings. Just listen to his jazzy cello work below, from the opening tune on pianist McCoy Tyner's 1970 album, Expansions. Coming in shortly after the three-minute mark of the song Vision, Carter’s cello mastery leads to an avant-garde undertaking that indeed expanded the genre, both at the time and beyond.

The Freedom of Jazz

Maybe it’s the inherent freedom of jazz that imbues forward-thinking players with the inventiveness to bring instruments to the table that aren’t usually included. After all, the violin family offers musicians a wide assortment of personal outlets, while the jazz genre has historically spurred out-of-the-box revisions to even the unruliest compositions. What better affirmation of jazz’s mission than to continue expanding its instrumental parameters?

That’s exactly what other contemporary players such as violist Mat Maneri and violinists Naoko Terai and Adam Baldych are doing, in addition to the past work of fellow jazz greats such as Leroy Jenkins, Noel Pointer and Calo Scott.  Check out Terai around 1:20 on the below clip!

If you’re a classical string player, what’s stopping you from dipping your toes into the exciting world of jazz? You’ll never know firsthand the music’s unconventional beauty unless you try.