Our List of Favorite Mozart Compositions for a Summer Afternoon

Published by StringOvation Team on July 22, 2019 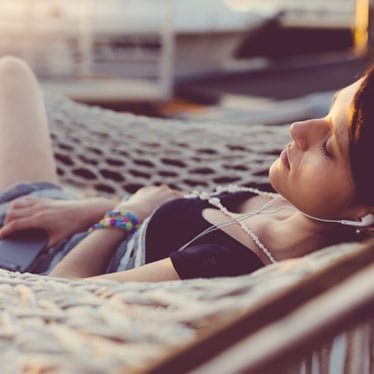 ith more than 600 compositions, including 22 operas, 41 symphonies and 27 piano concertos, the legacy of Mozart’s career is both enduring and endearing. The sad fact that one of the most brilliant composers and musicians the world has ever known lived such a short life – he died in 1791 at age 35 – is tempered somewhat by how prolific he was. Mozart’s work is regarded as among the most accessible to the untrained ear, yet still greatly revered by learned classical string instructors and students.


Considering the wealth of music Mozart left us, it’s safe to say there’s something for every season. Since we’re approaching the “dog days,” we wanted to share a list of some of our favorite Mozart compositions for summer listening.

Let’s start with one of Mozart’s final works, Symphony No. 40 in G minor, K. 550. The darker, sometimes tumultuous voicings can make you think of a rolling summer thunderstorm. Perhaps it’s no coincidence that it was composed in summer? So next time you see the sky darken and hear that distant rumbling grow louder this summer, close the windows and crank up the Mozart!

Ready to put together a new playlist before hitting the beach, the hiking trail, or just relaxing around the house? Here are some suggestions for summer listening:

1. Der Schauspieldirektor, K. 486: Regarded as a comic opera in one act, Mozart lampoons the egos of the era’s divas. Listen.

2. La Finta Giardiniera Overture K. 196: A complicated story with elements of jealousy, rage, subterfuge, longing, and a trippy fantasy that has a happy ending. Watch below.

3. Violin Sonata No. 17 in C Major, K. 296: Dedicated to fellow composer and musician Josepha Barbara Auernhammer, who once studied under Mozart. Listen.

4. Marriage of Figaro Overture K. 492: Based on a theatrical comedy about the characters Figaro and Susanna, who marry despite throney obstacles, not the least of which is a jealous employer. Watch or listen.

5. Serenade No. 13 for strings in G Major K. 525: Due to its commercial use, this is the one everyone, not just those who study music, knows best. Titled “Eine kleine Nachtmusik" or, “A Little Night Music,” you can enjoy this one any time of day, preferably with a nice beverage. Listen.

7. Flute Concerto No. 2 in D major, K. 314: At age 22, Mozart reworked his Oboe Concerto in C major, K. 271k a year after he composed it to create a similar, but not merely transposed, piece for flute. Want to close your eyes and settle in for 20 minutes of tranquility? This Light and bouncy number delivers. Watch or listen.

8. Adagio in E for Violin and Orchestra, K. 261: What’s summer for, if not romance? This lovely number will certainly put you in the mood. Watch or listen.

9. The Magic Flute K. 620: Mozart’s final opera, a two-part fantasy is an epic tale of love, faith, bravery, and enlightenment. It’s brimming with romance, and, despite considerable turbulence, is ultimately uplifting. Listen.

10. The Piano Concerto No. 20 in D minor, K. 466: While we’re in the mood for love, the second of the three movements is called “Romanze,” and with good reason. Alternately soaring and contemplative, sometimes sorrowful in the way for which minor keys seem to have been created, like romance, it is both exciting and unpredictable. Watch or listen.

11. Piano Concerto No. 21 in C Major, K. 467: We’ll round out the romance theme with this composition in three parts, another of Mozart’s best known works. Completed just four weeks after Concerto No. 20, it takes you through valleys and over peaks in a joyous, five-minute ride. Watch or listen.

12. Exsultate, jubilate K. 165: Composed when Mozart was still a teenager, the title says it all. Although it was intended as Christian praise, it certainly sounds ripe for a celebration of summer, too. Listen.

3. Concerto for Flute, Harp, and Orchestra in C major, K 299: We’ll draw the blinds on this list by suggesting Mozart’s only composition for the harp. Gaze out the window and let your mind wander while these tender melodies wash over you and refresh your soul. Watch or listen.

With so many selections to choose from, there’s Mozart for every mood. We hope you enjoy this compact, curated list while you relax, and that it provides some inspiration the next time you pick up your instrument.