Published by StringOvation Team on February 22, 2017 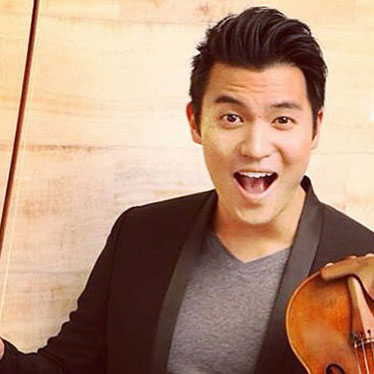 Have you ever listened to a musician who just seemed to make classical music come alive? A performer whose mastery of their instrument makes the music you’ve heard many times before sound brand new, exciting, and beautiful? In this artist profile, we’ll examine the life and talent of Ray Chen, a violinist who is making the world sit up and take notice of his talent.

“TO DIE FOR. He had the kind of liquid tone that carries with it EMOTIONAL DEPTH OF GREAT INTIMACY“–The Huffington Post

“From the first notes there was no doubt of being in the presence of something special.” –The Strad

Ray Chan was born March 6, 1989, in Taiwan, but as an infant, his parents immigrated to Brisbane, Australia, where he grew up. In a 2008 interview with Laurie Niles of Violinist.com, this child prodigy explained that he started learning the violin at age four, using the Suzuki Method. He stated that it was his inclination. “I picked up the toy guitar, put it under my chin and played it with a chopstick.”

Studying with the Hawkins family for five years, by age nine, he had completed all 10 levels included in the Suzuki instructional method. He performed at the 1998 winter Olympics in Japan, having already been invited to play with the Queensland Philharmonic Orchestra when he was eight.

Other early awards include:

He was accepted at the Curtis Institute at the age of 15 and supported by the Young Concert Artists.

Being such a young performer, Ray Chen has many years ahead of him in his career. However, he has already achieved remarkable success. According to his website biography, he “has appeared with some of the leading orchestras around the world including the London Philharmonic, the National Symphony Orchestra and the Orchestre National de France where he joined Daniele Gatti for the televised Bastille Day concert in Paris to an audience of over 800,000.”

In 2012, “he became the youngest soloist ever to perform in the televised Nobel Prize Concert for the Nobel Laureates and the Swedish Royal Family.” Moreover, he made his Carnegie Hall debut with the Royal Stockholm Philharmonic and Sakari Oramo, and was a “Junge Wilde artist at the Konzerthaus Dortmund between 2012 and 2015.”

Chen is determined to break down the barriers between classical music and popular culture. He’s been featured in Vogue magazine and is supported by Giorgio Armani. He also writes a blog for Italian publishers, RCS Rizzoli. In an effort to make classical music more accessible to younger generations, Ray Chen uses social media to reach new listeners. With over two million followers on SoundCloud who watch his amusing, self-made videos, he’s definitely on the right track. His 2017 concert line-up is a global juggernaut.

Chen currently plays a 1715, “Joachim” Stradivarius, which is on loan from the Nippon Music Foundation. The instrument was once owned by Joseph Joachim. Check out these incredible performances: