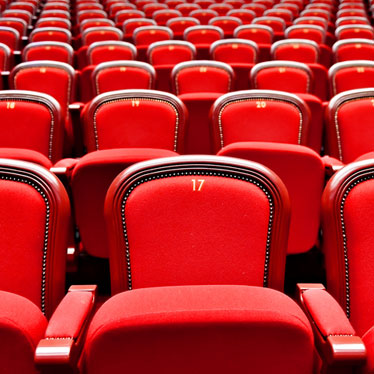 Scheduling holiday concerts is a great way to encourage your music students to show off their skills, create interest in your program among other students, and provide your community with some edifying holiday atmosphere designed to lift the spirits and fill your audience with cheer. However, achieving all of these aims can be a challenge year after year. Hearing the same old compositions with little variation can be snooze-worthy to say the least, and it is difficult to come up with new ways to present them.

Yet, changing what has previously been a ho-hum performance into a rousing rendition of songs and medleys that rock your holiday concert doesn’t have to be nerve-racking. By expanding your ideas and providing new twists on holiday classics you can alter your program successfully. These three ideas can get you started:

One of the best ways to transform your holiday concert into something that will be talked of and praised throughout the holiday season involves speaking to your students about their ideas. By orchestrating student involvement you build vested interest with your students. Sure, they were already going to try to do well and shine during their performance, but when you ask them to get involved with the choosing, arrangement, and other aspects of the concert, you foster a sense of ownership. They’re desire for the concert to be a success will grow because they’ll feel more personally involved, and you’ll see more dedication to practicing and perfecting their respective parts. Plus, they’ll be more apt to encourage one another to master the assigned pieces.

Although you won’t want to limit their imaginations, you will want to cut down on the opportunity for rival groups to form. Basically, you should arrange options so that a wedge of disharmony can’t be built. In fact, you’ll want the opposite result. So you’ll need to lay out a basic plan before you get students’ input.

Another way to rock your holiday concert is by altering traditional tunes to make them sound exciting and new. For example, you may want to include three or four different genres of music such as a medley of bluegrass and country, followed by the latest pop renditions of a few holiday classics, and then finish with a resounding classical piece. Obviously, you won’t want to turn a solemn tune into a whimsical one, but there are many holiday tunes that will lend themselves to alterations that will inspire your audience with appreciation.

Make Your Concert a Benefit

This is a great way to rock your school’s holiday concert and keep in step with the spirit of the season by giving back to your community. Since most school concerts are either free, or charge an affordable ticket price that is used for the music program, you can take this a step further to benefit a larger part of your community.

For example, tickets could be purchased at the door for canned food (or other non-perishable items) donations that will be given to local charitable organizations. Or, you could allocate a large portion of ticket sales to Toys for Tots or a similar seasonal charity. Perhaps one of the students in your school is battling cancer or another disease; you could use your holiday concert to raise much needed medical funds and awareness.

Making your holiday concert a benefit for your local area will help build your school’s music program and allow your students and audience to participate in a worthy cause.

You can rock your school’s holiday concert this year by trying out new ways to get your students and your community involved. The results will not only help solidify the desire to keep playing among your current students, but it will also generate greater interest in your program for potential new ones. Plus, your audience will appreciate the extra effort you put in it, and reward your kids with thunderous kudos and applause.