9 Top Classical Violinists of All Time...and Why 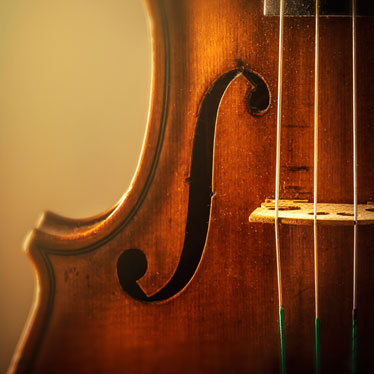 When comparing artists, it’s not always easy to differentiate. Artistry is very subjective, and the methods used for comparison change depending on the context. And although this is true for almost every form of art, with violinists, an indescribable discernment between players does exist.

More than simply mastering the execution required to create music on the violin, to achieve recognition as one of the top classical violinists of all time, a performer must possess something special. A quality that sets that person apart from others, defines a particularly unique expression, and subsequently earns him or her a place among exceptional virtuosos throughout history.

These nine violinists have attained that coveted status. As a group, these artisans represent the ultimate example of classical violin talent.

An undisputed master, Jascha Heifetz ranks as one of the most beloved, best violinists of all time. His 65-year long career began at the age of five and included a particularly incredible Carnegie Hall debut at the age of 16. In a much celebrated letter, George Benard Shaw wrote to Heifetz after his London debut (at age 19) that, “If you provoke a jealous God by playing with such superhuman perfection you will die young. I earnestly advise you to play something badly every night before going to bed, instead of saying your prayers. No mortal should presume to play so faultlessly.” His achievements and truly masterful performances were outlined in a recent installment of PBS’s American Masters, entitled “God’s Fiddler,” and the recording legacy he left still inspires listeners and other musicians today.

This Italian musician, composer, and violin virtuoso was reputed to be among the greatest players of his time. And although his career was plagued with gambling and alcohol problems, he remains one of the most celebrated artists of classical music. In a time devoid of instant, world-wide communications, his fame garnered mythical scope. This well-known classical violinist’s composition, 24 Caprices for Solo Violin Op.1 are still regarded with awe and appreciation for their complexity; and he is credited with popularizing many of the techniques considered standard today.

Awarded a post-humus Grammy Award for Best Instrumental Soloist Performance with an Orchestra, Russian virtuoso David Oistrakh is considered another of the most premier violinists of the twentieth century. His command of the art earned him numerous awards and accolades during his almost 60 year career.

Undeniably, Itzhak Perlman is perhaps today’s most preeminent classical violinist. Having attained almost super-star status, this pedagogue, composer, and artist is one of the most sought-after musicians year after year. His mastery of the instrument, endearing charm, and vivid musical expression are widely acclaimed, and have been delighting listeners since he was a child. He has appeared with the finest orchestras in the world, been honored with numerous awards by a host of organizations, and continues to enthrall audiences with his amazing ability.

This young American artist made her professional debut at the age of twelve and has been recording classical music since she was 16. Jennifer Higdon’s violin concerto, written specifically for her, earned the Pulitzer Prize, and the many international awards she’s earned solidify her spot as a top violinist.

This Austrian-born violinist and composer is widely hailed as one of the all-time best violinists. The personal expression he infused into his performances, containing such expressive phrasing, passionate vibrato and melodic focus, has ensured that his style remains very recognizable, even today. He appeared on the cover of Time magazine, February 2, 1925, and his classical recordings and compositions are still widely celebrated.

Spanish-born violinist, Pablo de Sarasate was a celebrated nineteenth century master whose talent led to his performing the premiers of many, now famous, compositions. His own compositions are still played today and he is celebrated for his unique opera medleys including "Concert Fantasies on Carmen" of 1883. He toured the Americas, South Africa, and the Far East during his career and was instrumental in helping to incorporate Mediterranean sounds into classical music.

With a career that spanned almost 70 years, this violinist, transcriber, and composer is beloved for both his performance ability, remarkable stamina and precision of technique, even at age 82 when he made his last public performance in Stockholm, 1986. His amazing articulation is still celebrated and during his career he achieved numerous awards, including a Grammy in 1975 for his recording of Bach's Sonatas and Partitas.

A child prodigy, this American violinist attains the ranks of the best classical violinists for her exceptional ability, pure intonation and the artistic passion she pours into each performance. A host of accolades and awards testify to this virtuoso’s undeniable gift.