A Determined Pursuit of His Dreams: Zack Brock, Jazz Violinist 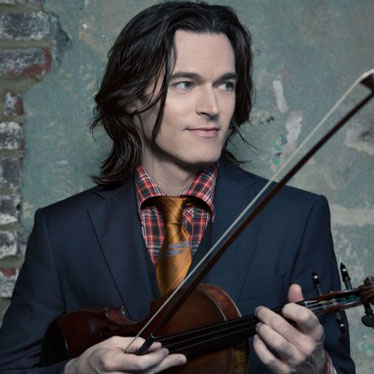 Although the violin is an exceptionally versatile instrument, lending itself to a variety of genres, virtuosi in the field of jazz violin are few and far between. As we continue to explore master violinists this month, our next artist has earned a reputation in the contemporary jazz scene as an incredible artist, bandleader, and performer. His ability to deliver improvised, complex passages combined with an emotional intensity few performers possess has garnered the notice of discerning musicians throughout his entire life, enabling him to steadily reach new heights in his career.

However, this gifted musician’s path to success wasn’t easy. Merging classical and jazz styles of music presents its own set of difficulties, but although his talent was early recognized and honed, Brock also had to overcome a serious physical challenge to become the acclaimed musician he is today.

Born in 1974 in Lexington, Kentucky, some of Zack Brock’s earliest childhood memories were of music. Speaking in an interview with George Colligan for the blog Jazztruth, Brock said, “My earliest musical memories involve sitting at my mom's feet under our piano bench… I used to hang out down there quite a bit. Plus, the dog would hang out down there with me. The hang was totally happening.” He began taking violin lessons at the age of four, but growing up in a musical family helped him expand his gift. Indeed, playing in the “family band” was where he developed the ability to improvise.

Throughout grade school Brock pursued classical violin training, which was enhanced by performing in a Men and Boys choir. Continuing his studies, he enrolled in Northwestern in 1991, attending the Bienen School of Music with Professor Emeritus Myron Kartman, entering the jazz program while it was still in its infancy. There simply wasn’t a performance degree offered for the violin. However, only a few short weeks into his sophomore year, a hit and run accident sidelined this promising artist.

While bicycling through Evanston, Brock recounts in an article that was originally published in the Spring 2015 issue of Northwestern Magazine by Neil Tesser, how a car stuck him, breaking “virtually every bone above the ankle in his left leg… ‘My tibia and fibula were bent like a banana,’ he said.” The accident required lengthy rehabilitation. Although mercifully, his back, arms, and head and neck escaped serious injury, the damage to his leg necessitated a number of surgeries and it was spring of 1994 before he could return to school. However, even then, he couldn’t assume a full work load.

Kartman, who credits Brock as “one of the more outstanding students I’ve ever taught,” in the same article, provided free weekly lessons during Brock’s time of rehabilitation, which allowed him to continue to study and grow as a violinist. He completed his degree in 1999 and spent the time wisely. He knew by then that he wanted to play jazz for a living, so he focused on conforming his technique, timbre, and phrasing to the sound he wanted, which is now one of the most notable aspects of his music.

While Brock was earning his master’s degree, he came into contact with both Mike Kocour, a jazz pianist, and Orbert Davis, who later established the 55-piece Chicago Jazz Philharmonic Orchestra. Later, while working in an Evanston Café, he encountered Aaron Weistrop, who offered him a position with the band Spazztet, as long as Brock could contribute original music. He did, but left to form his own quartet, The Coffee Achievers, in 2000. Remembering those early struggles Brock said, “I had some dark, dark times.” However, after The Coffee Achievers performed their Carnegie Hall debut in 2005, having been invited by trumpeter and composer Dave Douglas, Brock moved to New York, which opened new opportunities.

With eleven albums under his belt, Brock continues to explore ways to merge classical style with jazz. Delighting purists and music lovers of all genres, his talent is consistently expanding as he focuses on producing more acoustic variations. You can view some of his performances on his website here, and see his progression over the last few years as he explores the “freakish amount of variations possible for tone color, articulation, dynamics,” and how he feels that “the limitations of creating harmonic complexity on the acoustic violin [is] a very rewarding challenge” (Jazztruth).

In the same interview, he shares his advice for aspiring jazz violinists, “If they want to be professional performers… I would advise them to recognize the distinction between developing their playing and developing their careers; to work at both with as much focus, energy, and intelligence as possible, and to learn how to manage their time.” Something that Brock Clearly understands, and which makes him one of today’s virtuoso, jazz violinists.