How To Recover From A Mistake While Performing

Published by StringOvation Team on January 27, 2017 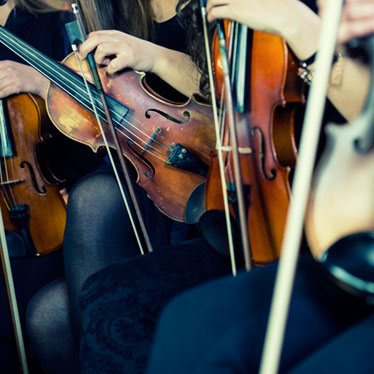 Making mistakes are inevitable. No matter how much you practice, or how well everything seems to be going, mistakes are a part of every performer's life. When you are playing in front of a large crowd, making a mistake can seem like the most wretched thing in existence, and many performers naturally wish the floor would open up and remove them from sight. However, how you deal with small mess ups when they happen says a lot about your training and your sangfroid.

As a musician, you should know that everyone has made mistakes. Although it can mortify you, you need to remember that the way you deal with it will have a big influence on whether anyone notices. These tips can help you recover from slight slips ups when you’re performing.

The Golden Rule of Sports

There’s a saying in sports, especially in baseball that helps players when they have an error: forget it and move on. You need to shake it off when you have a problem, because if you let it get into your head, you’ll keep focusing on your mistake, which will lead to more errors. When you are playing in front of an audience, remember that many of the people won’t be specifically familiar with the piece you’re playing. If you miss a note or forget your place, most of the audience won’t even realize there’s a problem as long as you don’t freak out.

When Your Mistake Influences Others

Sometimes, you’ll be performing a solo that is accompanied by the entire group. In this case, a mistake at the wrong time can sometimes have a cumulative effect, throwing off everyone else. If that happens, and you can’t rectify it, the audience will most likely notice the mess up. However, you don’t have to let it ruin the entire performance.

Try to recognize where the group is in the piece and then adjust your playing to match theirs. If you all start and finish together, the audience will likely be unaware of the problem. The key is to stay calm, and not burst out crying or run off stage. That type of behavior will definitely clue in the audience that something has gone horribly wrong and will drastically affect your reputation.

Performing on-stage is a challenge for many people. The thought of embarrassing yourself is hard to overcome, but you should know that almost everyone in the audience understands that fear. They know that playing in front of a large audience isn’t easy, and when you make a mistake (if they notice it), you should know that they’re going to understand and that they won’t laugh or mock you.

People realize that you are human, and making a mistake is part of that. If you’re able to take it in good stride, they will too. However, if you make a big deal out of it, your audience will follow your lead.

Making mistakes when you perform is a part of a musician’s life. However, the way you cope with it will help define your self-confidence, musical abilities and stress under pressure. So, don’t stress out over mistakes during a performance. Just remember to keep going and know that everyone experiences them. It’s really no big deal.