Music Interpretation Across the Centuries

Published by StringOvation Team on November 14, 2019 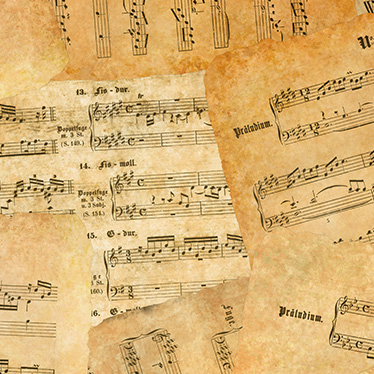 On one hand, there are no rules in art. Art is whatever the artist has created. But does that mean all art has merit? Some say no. However, there is plenty of room within that statement to reasonably argue whether a specific work of art has value. Delving deeper, we can easily accept that differences in opinion about artistic value are merely matters of taste. Such as, we can recognize the objective merit of a performance without personally enjoying or being moved by it.

So, while there may not be any rules in art, are there fixed rules for interpreting a piece of music?

If not, are there at least subjective standards by which people might agree that one interpretation has more depth than another? Or suggest that an interpretation does a disservice to the composition?

How would such rules or standards change when interpreting a work composed in another age? In this post, we'll discuss two significant challenges when approaching an older composition:

There may be no definitive method to interpreting a composition the "right" way, but we can look at what different standards and levers exist in which interpretative choices may be made and judged.

Listening to the composer's intent

Some composers made their intentions explicit for the emotional or narrative content of a work.

In other cases, history of the composer's program tells a clear story. A conductor interpreting Rossini's William Tell or Berlioz's Symphonie Fantastique without staying faithful to the emotional and narrative arch, undermines the composer's artistic creation. Adhering to the composer's intent doesn't have to prevent the artistry of the performer. Yet, adhering closely to the written score may limit a performance's artistry.

A review by Harold Schonberg of a Bach performance explores this issue by asking the question, "But Would Bach Play It Like This?" Schonberg concluded that the musician's technical skill and strict fidelity to the notes as Bach wrote them resulted in a performance "devoid of grandeur, of quality, of color, of flexibility."

He wrote that fidelity to Bach's notes was not fidelity to the composer's broader musical principles. Schonberg quoted one of Bach's students, Johann Gotthilf Ziegler, who said that Bach "urged him not to play offhand or by rote, but according to the 'Affekt' [the emotional content] of the words of the chorale – that is, according to the sensibility and expression of the matter at hand."

While some composers make their intentions clear, many do not. Indeed, some modern composers have aimed to remove their presence from their works. John Cage's Music of Changes is one example.

Historical composers took a different approach. The farther back in time we go from the Romantic Period, the fewer notations composers provided as guides. While score notations became more widely used during the Classical Period, nothing beats program music for clarity of composer intent. But not always.

For example, Tchaikovsky wrote a large body of program music but didn't always provide an actual program. He privately said of his fourth and sixth symphonies that each had an intention and plan behind their composition, but that he would not share them. "Let them guess," he wrote to his nephew.

Tchaikovsky's silence about his sixth symphony resulted in events filling in the gap. Tchaikovsky called it his Sixth Symphony in B Minor. Today it's known as his Pathétique Symphony. Yet, "pathétique" is considered a misinterpretation of the Russian word approved by Tchaikovsky. Where the Russian term (patetitčeskaja) may be more accurately understood to mean "passionate," "pathetic" invokes a specifically melancholy essence. The unfortunate fact that Tchaikovsky died shortly after the symphony's premiere, surrounded in rumors of suicide, added to the popular understanding of the work as a dark, foreboding call.

Now that the historical record has overtaken these earlier understandings (he died of cholera), what impact does this knowledge have on "properly" interpreting the Pathétique Symphony today? Does it delegitimize previous interpretations?

Referring to the context of when a work was composed

There are several ways context can guide, positively or negatively, how a piece may be interpreted.

The first is what instruments were available at the time and how were they played. Historically informed performances that use historically accurate instruments and techniques have become popular. There are ensembles and scholarships dedicated to this approach. Here's a recent masterclass led by William Christie as part of the Julliard Historical Performance graduate program.

The farther removed an instrument is from those intended by the composer, the more different the feel of the work will be.

Another critical piece of context is the musical style of the work. Is using a contra-indicated interpretative technique – like using rubato in a fugue – a bad choice or a bold one? The same principle applies to moving a work from one musical genre to another. Converting Beethoven's Fifth Symphony into a disco song changed the experience for both the performers and audience. Some find it fun and inventive. Others find it horrific.

A Fifth of Beethoven, arranged by Walter Murphy (extended version)

At what point does interpretation become too narrow to describe what another artist has done to an original work? Here's a reggae interpretation of an iconic early rock song, including a rewriting of some lyrics to place its story in Jamaica.

We can compare that to Chuck Berry's original version:

Then there's the historical context in which the work was composed. Nobody today needs to perform Beethoven's Third Symphony (Eroica) as an ode to Napoleon Bonaparte. Beethoven himself had ferocious second thoughts about that dedication after Bonaparte declared himself emperor. However, the symphony's breadth and power can't be denied. Conductors have numerous tools to execute their interpretation. Yet it's hard to imagine a well-interpreted Eroica Symphony ever being experienced as anything less than a musical rollercoaster, breaking away from old conventions into a new world.

Another consideration is how to approach popular works that have been interpreted and critiqued thousands of times. The issue has loomed larger since the advent of musical recordings, which we explore in another post.

However, if it could be said that rules for interpreting older works exist, then referring to the composer and the context of the composition's creation are the right places to seek guidance. Of course, one might choose to use them either as boundaries or inflection points for contrast.