Tips For Learning To Play Popular Music On Your Violin

Published by StringOvation Team on February 28, 2017 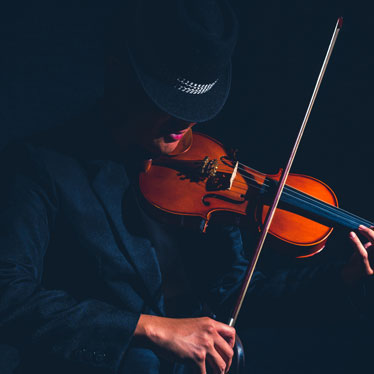 Violinists who’ve been playing their instrument for a while often want to expand their playing skills. Since most students are raised on a steady diet of classical compositions, exploring other musical genres can contribute to making you a better all-around performer. However, just like you had to learn fundamental violin techniques such as vibrato and double stops, there are specific playing methods used in popular music that you need to cultivate. Think of them as extensions of what you’ve already mastered.

Popular music genres, like rock and bluegrass violin, employ some “unorthodox” playing techniques. They aren’t too difficult to learn, but like all violin methods, they do require a little practice. One of the best things you can do at first is to choose a style that you enjoy and then listen to a variety of songs that feature it. Try to hear the alternate playing techniques and imagine what the performer is doing to produce that particular sound. By isolating different techniques, it will be easier to reproduce them on your instrument.

After you’ve immersed yourself in listening to the type of music you’d like to play, you’ll need to consider how to emulate that style. Many rock, blues, and pop music styles rely heavily on improvisation. You are given the basic chords and maybe some melody lines and the sequence, but then it’s up to you to play your part. It’s also a good practice to have some composition skills under your belt. Unlike bluegrass music – where the style was forged years ago by Bill Monroe and The Bluegrass Boys – rock, jazz, and blues music really has no boundaries. You need to feel the music and then be able to recreate it on your violin, so knowing how to improvise effectively is an important element to learn early on.

In addition to improvisation, you’ll need to develop some specific performance skills. Depending on the type of popular music you want to play on your violin, you’ll need to become familiar with some of the techniques. The following overview can give you an idea of what you’ll need to learn.

The violin is a prominent instrument in a bluegrass ensemble. It will often lead the melody in what’s known as a “breakdown,” provide short improvised solos, introduce small licks between vocals, and perform the “tag” to close the piece. Keep in mind that a large majority of songs are written in the key of E or B (which matched Monroe’s vocal range). Moreover, in bluegrass music microphones are used rather than pickups, which means that you’ll need to learn when to step up to the mic to play, and when to hang back.

The bowing techniques are very specific, and include:

Fortunately for violinists who want to learn to play these styles, there’s no specific formula. You essentially are able to create your own musical voice. However, there are some roles that you can play. How you play them is up to you.

Learning to play popular music on your violin just requires enthusiasm and practice. Expand your skills by concentrating on one style at a time.