String Bass: From Classical to Jazz to Rock...It's Always Cool! 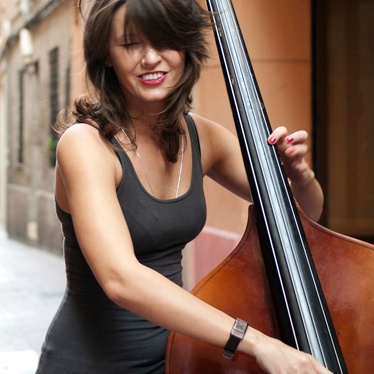 Historically, the violin family of instruments offers musicians a wide assortment of personal outlets. Because they wonderfully adapt to all sorts of musical genres, they give artists the ability to charter new territories and explore unknown sounds. As the lowest registered orchestral instrument, the double bass (also called the string bass or upright bass) features the same versatility and adaptability. In fact, the bass line is often what defines a popular piece of music or becomes the most memorable portion of a favorite tune.

Bluegrass, country, pop, rock, metal, jazz, and classical compositions are all able to incorporate string instruments, adding either subtle depth or building the predominate theme. The string bass, however, adds distinctive rhythm and harmonic elements to music, and it has a long, rich tradition of introducing the coolest characteristics into some of the most memorable tunes.

In previous eras, tons of iconic rock groups like The Rolling Stones, Kansas, and The Who employed unforgettable bass lines and licks that remain part of our popular culture. Yet, the string bass is a cool instrument that transcends musical and historical barriers. From the influence of Dragonetti in classical masterpieces to the latest funk dance compositions, the string bass offers musicians endless possibilities.

These popular artists of the 21st century understand the string bass’s potential and are expanding musical boundaries with some of the coolest sounds ever created.

An upright bass virtuoso, singer, and composer, Adam Ben Ezra is a sensational artist who generates unforgettable music. With over six million YouTube views, this artist develops his sound in innovative ways. In an interview posted on Sonicbids, he described his music as an incorporation of “drumming, looping, dancing, synthesizing, distorting, singing and more….all solo with the Double Bass.” He basically transforms his string bass into a cool instrument that sounds like multiple instruments. In an interview with Bass Guitar Magazine he explained his unique playing style saying, “I play five-string double bass because it gives me the privilege of much wider variety when I play… [also] I do not slap my upright bass in the same way as you slap on the electric bass,... so instead I’ve developed my own percussive style of playing.”

However, that type of individual work is hard, so when he met Adam Ben Amitai (guitarist) and Gilad Dobrecky (percussionist) a few years ago, they formed the Adam Ben Ezra Trio. Their debut album, “Can’t Stop Running” was released last year to amazing reviews. View his latest videos and tracks on his YouTube channel.

Esperanza Spalding is a simply electrifying bassist, performing incredible blues, jazz, and fusion music that features the string bass as a cool instrument. A self-taught child prodigy, by age five she was performing with the Chamber Music Society of Oregon on violin. Her phenomenal rise to stardom was further aided by a number of music scholarships, including one to the Berklee School of Music (where she eventually became the youngest instructor in school history). However, she credits her early musical interest to an influential episode of “Mister Roger’s Neighborhood,” that featured Yo-Yo Ma performing on his cello.

Having won countless awards for her string bass and vocal performances, including four Grammy’s, Jazz artist of the Year at the Boston Music Awards in 2011, and the Smithsonian Magazine’s American Ingenuity Award for Performing arts, her musical gift has also carried her on stage for the Oscars, at the Nobel Prize Ceremony, and at the White House. Listen to her latest efforts, “Emily’s D+Evolution,” on her website, or check out this performance on David Letterman.

One of the most recognizable bass musicians today, Nik West has an energy that will knock you off your feet, and her trademark ‘Bass Clef” Mohawk sets the stage for her performances. Touted by Prince as having “great stage presence,” this artist knows that the guitar and upright string bass are cool instruments and uses them to enhance her vocals while delivering a totally funk, rock, punk sound that energizes audiences. Watch her perform “Summertime,” here.

A pivotal performance for legendary Doc Watson, which led to an invitation to play at MerleFest in 2000, catapulted this string band’s success. Since then, they’ve appeared in countless festivals and concerts, have released a number of highly acclaimed albums, and earned Grammy’s and other distinguished awards. Their eclectic sound has been described by Rolling Stone as a marriage of “old time string music and punk swagger.” Check out Jahnig’s string bass contributions here.

As you can see, bassists remain on the cutting edge. So, grab your gear and get ready to jam, because your string bass is a cool instrument that offers a timeless groove that never gets old.