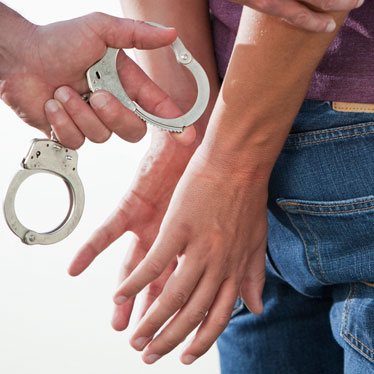 Just last week, the president of the Violin Society of America, Lori Kirr, posted a warning on VSA’s Facebook page concerning a violin theft ring that was operating in the Southeastern United States. Alerting dealers to be on the lookout for the two accomplices who were still at-large at the time: “Gary Crouse,” a 61-year-old Caucasian, and “Edward Fields,” a tall-heavy-set African-American, the timely post had a big impact.

Allegedly, “Steve Sincere,” the member of the gang who was arrested in Pablo Alfero’s Atlanta-area shop, and his buddies had been stealing violins and then reselling them between three Southeastern cities: Atlanta, Nashville, and Raleigh.

Not long after Kirr’s Tuesday night post, “Crouse” actually returned to the Atlanta Violin establishment in Roswell, GA, allegedly attempting to persuade the owner to donate violin cases to a “children’s orchestra.” But, thanks to the foresight of a dealer in Raleigh, NC, who became suspicious about the violins he purchased from the culprits, the Roswell owner was able to contact the authorities, and Gary Donald Crouse and Leslie Edwards Fields were apprehended that Wednesday. Both men were charged with theft by receiving stolen property.

A search of their hotel room, according to an ABC News interview with Officer Lisa Holland on Friday, yielded two oboes, two trumpets, and a clarinet. Authorities are now searching for the owners of these instruments, valued at over $100,000.

Although the thieves have been captured, vigilance is still needed.

Luthier John Montgomery, the active player in thwarting the activities of the three men, operates a violin shop in Raleigh, NC. He noticed one of the men in late April, and another in late May. The suspect’s activities were so odd, that Montgomery began a search concerning the violins, which subsequently led to the discovery and arrest of the alleged culprits.

He maintains that shop owners throughout the Southeast should still be on the lookout for at least three other missing violins:

If you recognize these instruments, please contact the authorities immediately.

Violinists and dealers, of course, realize that their violin(s) is a valuable object. And although it is rare to hear about a theft ring, such as the one discovered and apprehended last week, violin theft is a very real concern. To help prevent yourself and your shop from becoming a victim, there are a few simple steps you can take:

Protecting your violins and your peace-of-mind through awareness is a great technique in itself. Thanks to John Montgomery, the VSA, and the quick action of the Roswell shop owner, this theft ring has been halted, but by using reasonable protections, you can ensure that your instruments stay safe.