What Is A Music Journalist And How Do I Become One?

Published by StringOvation Team on June 05, 2017 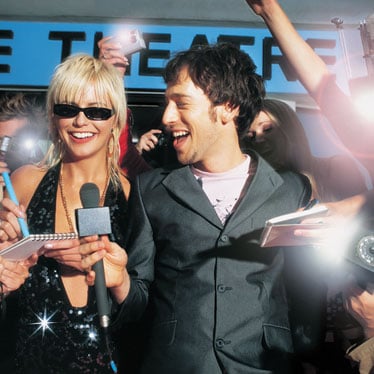 If you’re a regular reader of the StringOvation blog (and you should be), you may have seen our recent post on the “Top 5 Jobs for Musicians.” One of the top five jobs is music journalist, which can be a great career option for anyone who loves writing as much as they love music.

There are several challenges in becoming a music journalist, but one of the biggest is focusing only on the music. It won’t matter what you know about music if you don’t know how to write well and approach a story like a journalist. We’ll start where all journalism stories need to begin, with the who, what, where, when, why and how.

Who: You don’t need a college degree or any formal certification or diploma to become a music journalist. That doesn’t mean music journalism is the right choice for everyone. The nature of the writing business, like the news business, is 24-hours, round the clock work. Add to that performance culture, dominated by evening and late night events, you should be able to handle late nights, early mornings, and quick deadlines.

Being a music journalist also requires the contradictory personality traits of having a social nature and being able to work independently. Finding stories, pitching editors, interviewing – all take good social skills. Yet the actual work of writing is mostly a solitary process.

Last, any writer will tell you having a thick skin is imperative. Editors, readers – everyone’s a critic. However, as a performing music student, handling feedback and incorporating constructive criticism into your work should be a skill you already have.

Where: The media world has exploded. There are traditional print outlets, both music-centric and general publications that have music sections. Of course, most publishing is online now, which means digital formats of major publications and local publications that cover the local music scene and blogs.

When: While becoming a music journalist doesn’t require formal training, it does require writing experience. And there’s no better time to start getting that experience than now. If your school has a newspaper or blog, start writing pieces there. Most writers who have no published samples to show editors get their first published samples by writing for free. The sooner you start writing, the sooner can move through that phase. Starting with smaller blogs or local publications will be the place for any young writer to start.

Why: You love music, you love writing and you love the hectic, creative lifestyle of being a music journalist. Frankly, you won’t be doing it for the money. Music journalists earn between $15,000 - $30,000 per year. Some music journalists, who achieve an amount of public or industry acclaim, and regularly write for the biggest publications will earn more than that. That doesn’t mean your earning potential is limited to what you write, especially if you build your own publishing platform.

How: As discussed earlier, start honing the craft of being a writer. Not just the format, mastering rules of grammar and style, but also learning to find an angle and frame a story. The only way to get better at writing is to write and get feedback. You also want to learn about how to pitch and work with editors, since they’re the ones who usually hire the writers. If going to college is part of your life plan, then take advantage of that time to build your portfolio and make music and publishing industry contacts. What you major in will be less important than honing your writing and journalistic skills. Since you want to be a music journalist, you may decide it’s worthwhile to major in music or music theory, or the arts. But really, if you major in any field that interests you, from computer science to history to anthropology, you’ll set a good knowledge base you can draw on in your writing.