Published by StringOvation Team on January 24, 2017 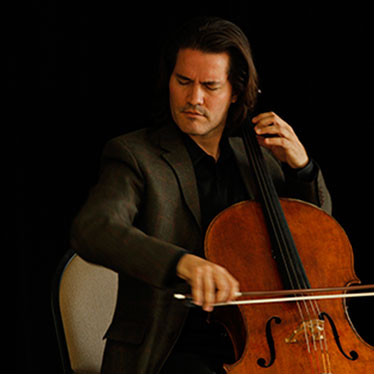 Zuill Bailey is notably one of the world’s leading cellists. As a multi-faceted artist, he amazes audiences with his technical, yet moving command of the instrument. Having performed in international venues across the globe and received a number of prestigious awards, his career is one of constant activity. In this artist profile, we’ll examine the life and works of cellist Zuill Bailey, distinguished musician, pedagogue, and performer.

The following information is gleaned from the biographical sketches on his personal website, faculty information at the University of Texas El Paso, and personal interviews conducted with the San Francisco Classical Voice and the International Cello Society.

Born in Alexandria, Virginia in 1972, Zuill (a Scotch-Irish name that is pronounced “Zool”) Bailey was immersed in music from an early age. He was named after his father, who holds doctorates in both music and education. His mother, a pianist, received her Masters with Leon Fisher at the Peabody Conservatory, and his sister, two-plus-years older than him, plays the violin. His parents began guiding him to choose an instrument when he was four-years-old. However, they were advised to avoid the violin, so that the inevitable competition between the siblings wouldn’t “ruin” their learning experiences.

Zuill Bailey’s first contact with the cello occurred when he was four. In order to discover which instrument he would like to play, his parents took him to symphony concerts, but while running backstage at a student concert he collided with someone’s cello. Subsequently, the broken instrument was the one he told his parents that he wanted to play.

Bailey learned cello from a Suzuki teacher for three years before studying with Loren Stephenson, a cellist with the National Symphony. Around age 10, Zuill Bailey started attending out-of-state summer camps and festivals, stating that he “began seizing every opportunity to perform” (ICS). He continued to train with Stephenson until finishing high school, but at age 16, he met Stephen Kates at the Peabody Conservatory of Music in Baltimore and trained under both teachers in addition to taking classes at the Kennedy Center.

During this time, Bailey participated in the National Symphony’s Fellowship Program, which included lessons with soloists like “Zuckerman, Harell, Starker, and Bylsma,” who were brought to the Symphony by Rostropovich, the Director. He later earned his Bachelor’s degree from the Peabody Conservatory and his Master’s from Julliard. In addition to Stephenson and Kates, his other primary teacher was Joel Krosnick.

When crediting early 20th century cellists who influenced him, Bailey says, “Without a doubt… Emanuel Feuermann” (ICS). By studying Feuermann’s many concerts, film footage, and spending time playing and discussing the cello with Feuermann’s 90-year-old assistant, Mosa Havivi, Bailey says that “this kind of work and observation continues to have a lasting impact on my approach to the cello” (ICS).

Not surprisingly, Bailey’s approach to the cello has earned him ongoing international acclaim. As a soloist, he has performed with a number of organizations, including symphony orchestras in various U.S. states, the Bruchner Orchestra in Linz, Austria, and the Moscow Chamber Orchestra, as well as in numerous performances throughout Europe.

His recording career for Telarc International includes various releases that have earned number one spots on the Classical Billboard Charts. Moreover, he has worked with a range of remarkable conductors such as Itzhak Perlman, Alan Gilbert, and Andrew Litton, and has been featured with the Juilliard String Quartet.

He is very committed to community outreach programs that make classical music accessible to children all over the world. His appearances on television, notably on the HBO series, Oz (where he played a murderer who harpooned someone with an endpin) evolved from his work with the same producers of the series Homicide: Life on the Streets, which Bailey played the soundtrack for the show. He sees these activities as “a larger scale outreach program,” (SFCV) because it gives him the opportunity to introduce Bach, Paganini, and other pieces to diverse audiences.

Learn more about this exceptional artist who is undoubtedly one of the world’s most distinguished, sought-after cellists by visiting his personal website and Facebook page.