10 Musical Venues You Have to See Before You Die

Published by StringOvation Team on July 23, 2019 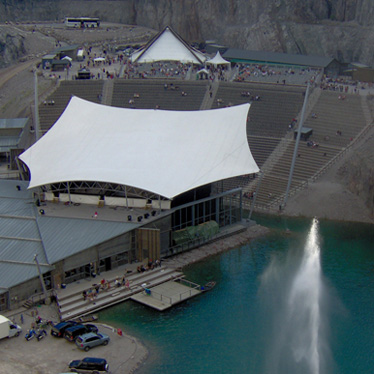 As someone with a serious appreciation for classical music, chances are you’ve been in the audience for your share of live performances. But, have you experienced a concert in any of the world’s most historic or interesting venues?

Some are architectural and artistic marvels. Others are cultural touchstones with a deep connection to some of classical music’s most brilliant and prolific figures. If visceral experiences are your thing, consider planning some trips to visit these must-see venus. Here’s the list. All you have to do is check them off!

So, did we get you to reconsider your bucket list? There are so many great venues to visit in cities that offer a wealth of other sight-seeing opportunities. Depending on where you reside, some might be a long distance away. But, if you can arrange to visit even just one of these noteworthy destinations, we promise you won’t regret it!

Top photo of the Dalhalla by Johannes Scherman, courtesy of Wikicommons