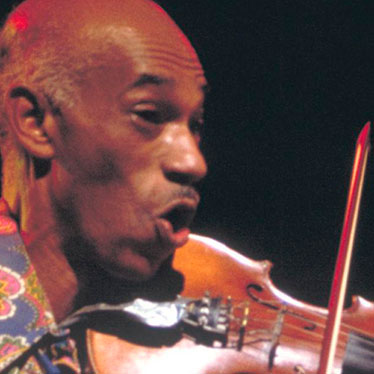 Making your mark on the world takes a different form for everyone, whether your success involves small acts of individual kindnesses that change the life of another person, or your efforts effect a broader scope of the population. Indeed, it’s rare to be able to shape both cultural influences and future generations, but our next artist accomplished just that.

Henry John Creach, better known as “Papa” lived during very turbulent times in U.S. history. And although he passed away more than twenty-two years ago (2-22-1994), by using his incredible talent to meet his needs, he generated a lasting impression within the music industry and left a rich legacy for future violinists and musicians in any genre.

Papa John Creach was born in Beaver Falls, Pennsylvania on May 28, 1917. The family moved first to Gary, Indiana and then to Chicago, his father relocating when mill work became scarce in both states, and finally settled on a farm in Benton Harbor, Michigan. In an unpublished interview for Living Blues Magazine in 1988, Creach spoke about his early years saying, “We did a lot of work on the farm; I did a lot of heavy work. By the time the family moved back to Chicago, Creach (who was around 12 at the time) was beginning to learn to play the violin. His uncle, who was with the Merchant Marines in the first world war, played the violin and gave his own violin to Creach.

He said that he “studied” the violin, but he wanted to “go and study heavier,” and credited his sister, who had been classically trained on the piano, with helping him master the classical styles and sounds on the violin. When he heard his first round of applause after playing his first concert in church at age 14, Creach knew that he had found his true calling.

Becoming a member of a local symphony orchestra for “youngsters” was just the beginning. He joined a musicians union (for free) and began playing for a larger symphony orchestra in his late teens. At this time, he also formed his first group, The Chocolate Music Bars, and he explained that since there were so many other performers ahead of him for symphony work and that he made “more money, faster, [playing] jazz and the more contemporary music, he began to focus his energies in that direction.

He played different venues all around Chicago including hotel lobbies and “key clubs” during prohibition, even playing for Al Capone. The Chocolate Music Bars traveled throughout the Midwest, playing different gigs. However, after prohibition was repealed, he made the move to California in the mid-1940’s and purchased a violin amp.

Creach used the education he’d received traveling and playing to good advantage. He stated in the same interview that he had to quickly develop different playing styles to match the current audience. Depending on what was popular at that moment, be it country and western or blues, “You’ve got to learn it… if you don’t learn it, you don’t work…and you can’t eat,” he explained. And although he formed the Johnny Creach Trio in the early 1950’s, other than a few 78’s for Dutone Records, they never made any major recordings.

Creach continued to pursue “gigging” for the next 20 year, more in a solo capacity rather than a group. The list of artists he played with includes Louis Armstrong, T-Bone Walker, and Big Joe Turner, and later, the Charlie Daniels Band and the Grateful Dead.

His rise in recognition came when a chance encounter with an old friend (Joey Covington) led to his inclusion with Jefferson Airplane. Creach had known Covington from meeting him at the musicians union in Hollywood in the late 1960’s. He joined the band in 1970 and played with Hot Tuna, and later with the re-named band, Jefferson Starship, recording on the album Dragon Fly. Because of his age, the band called him, “Pop,” and the moniker stuck.

Creach continued to perform as a guest soloist, and in 1992 became a founding member of Starship—The Next Generation and also releasing his album Papa Blues the same year. He was awarded the WC Handy Award from the Blues Foundation in 1993, but a heart attack in ’94 finally ended this legend’s career. Check out these live performances:

Steve Morse wrote in The Boston Globe after Creach’s passing that, “He was young at heart with nimble fingers, a darting smile, and a spirit so indomitable that it seemed he could play all night.”

Papa John Creach influenced countless artists over the life of his career and continues to do so; this master violinist's passionate, energetic music is still much beloved and celebrated today.