Published by StringOvation Team on December 16, 2016 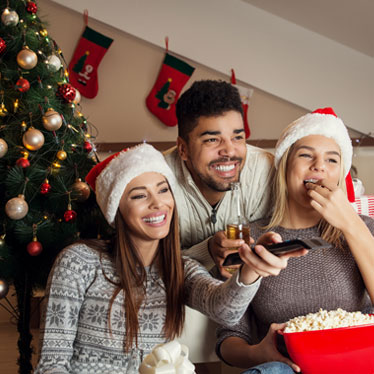 This time of year, everyone is looking for gifts, planning get-togethers, imaging their time off, and generally making merry. Yet, all of that running, planning, and last-minute shopping can lead to holiday stress. And since one of the best things about the holidays is the time off you’ve earned, relaxing with friends and family ranks high for most musicians. And if you love classical music, watching movies that showcase incredible scores and themes are a fun way to spend your down-time.

The following list of movies includes some of the best films about classical music ever made, regardless of whether or not the movie itself has a “holiday” theme. Either way, watching them is a wonderful way to relax and enjoy the long winter nights. So grab your remote, pop some corn, and turn on the Netflix because these movies are perfect for the holiday break.

This year, pop in some classical music movies during your holiday break. Whether you re-watch old favorites or see new ones, these movies are guaranteed to deliver enjoyment.