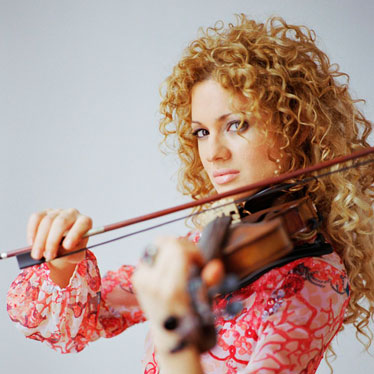 Music has long been recognized as an effective way to remove racial and ethnic barriers, creating universal enjoyment. Our next artist understands the power of sound. She has used her talent to reach across seemingly vast cultural chasms and deliver jaw-dropping performances that wow audiences and leave them clamoring for more.

Miri Ben-Ari, better known as the Hip Hop Violinist (dubbed so on her first, same-titled album), has developed her own unique sound. Fusing classical, R&B, and jazz styles to create Hip Hop music that speaks to today’s youth, this Grammy-winning artist has exploded on the music scene in recent years. However, it is her untiring devotion to humanitarian work that has established her status as a role model for the next generation.

Born on December 4, 1978 in Ramat Gan, Israel, Miri Ben-Ari began violin training at the age of five. In an interview with Israel21c, Ben-Ari spoke about training with Isaac Stern, who presented her with a violin when she was 12 years old. She used this early classical education to serve as a musician in the Educational unit of the IDF (Israel Defense Forces), but following her completed tour of duty, she headed to New York to pursue her dream.

She arrived in that city with her instrument, but had no money and spoke practically no English. She stated in the interview, “My dream was to come to New York and go to college to study jazz.” But after two semesters, she left the jazz department at The New School because she couldn’t earn her rent without performing gigs, which wreaked havoc with her education schedule. Ben-Ari explained to israel21c that she became the artist she is today by, “practicing a lot, listening to others, and performing on stage.”

Although she released her first solo CD in 1999, broader recognition came later. Ben-Ari’s unrelenting persistence earned her a spot on BET’s 106 & Park, performances which brought her talent to the notice of Jay-Z. He invited her to be a headliner at the annual Summer Jam in 2001, hosted by New York’s Hot 97 radio station. She received a standing ovation there, and shortly afterward was introduced to artist Wyclef Jean. From that point on, Ben-Ari’s talents have been in great demand.

Miri Ben-Ari has collaborated and played with a stunning list of who’s who in the pop, rap, and dance music industries. This early performance on Showtime at the Apollo shows her incredible gift, her ability to merge music styles, and the resounding appreciation of the audience. Just a few of the artists she’s worked with include: Alicia Keys, Kayne West, Brandy, Mary J Blige, Janet Jackson and scores of other well-known musicians.

Her live performances over the past decade have wowed audiences, and during her career she has recorded four solo albums and a handful of hit singles, including her much celebrated “Symphony of Brotherhood.” See her play in an informal setting and a very choreographed one here:

A granddaughter of Holocaust survivors, Ben-Ari is dedicated to increasing genocide awareness among American youth. She founded GEDENK (Yiddish for “remember”), a non-profit organization in 2006 to further that aim. As a humanitarian and a musician, numerous awards and recognitions have been bestowed on this incredible artist over the years, including:

To understand how many of her peers feel about her music, here’s what just a few have said:

Miri Ben-Ari is one of today’s modern master violinists for her incredible versatility, but by using her talents and her wide-spread recognition to promote tolerance, both her outreach and her music is changing lives.