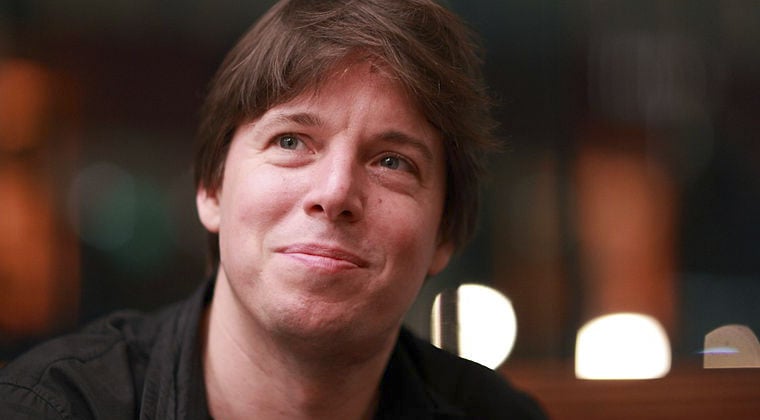 As our Month of Violinists continues, next we’ll examine the life and works of one of America’s most notable and celebrated artists, Joshua Bell, American virtuoso. His amazing list of accolades, awards and achievements have propelled him to pinnacles of recognition within the classical music scene as a respected and sought-after soloist, chamber musician, recording artist and conductor.

Born December 9, 1967 in Bloomington, Indiana, his parents purchased him his first violin at the age of four after his mother noticed him plucking out tunes with rubber bands that he had stretched between his dresser drawer handles. Studying under Josef Gingold by the age of 12, he had become serious about the violin. But rather than engrossing himself in musical studies to the exclusion of all else, he grew up like most American kids, enjoying video games and sports, especially tennis.

However, this modern master began to distinguish himself early. By the age of 14 he made his solo debut with conductor Ricardo Muti and the Philadelphia Orchestra, and at age 17 (1985), Bell debuted at Carnegie Hall, performing with the St. Louis Symphony.

After graduating from Bloomington High School North in 1984 he continued his studies at the Jacobs School of Music, formally known as the Indiana University School of Music, earning his Artist Diploma in Violin Performance in 1989.

Since then, Joshua Bell has continued to delight audiences and connoisseurs with his superior talent. He has performed with most of the world’s major orchestras, and two years after earning his Diploma, he was honored with a Distinguished Alumni Service Award. His home state also bestowed upon him “Indiana Living Legend” status and the Indiana Governor’s Arts Award.

Joshua Bell has been featured on many televised performances including numerous PBS shows as well as a Biography on A&E and an HBO documentary in 2014. According to information included on his website he has performed on the 42nd and 44th Grammy’s®, and was one of the first classical artists to have a music video air on VH1. This performance video of “Eleanore Rigby” has also been seen on CMT and MTV. Moreover, his life and achievements have been showcased in a variety of publications including USA Today, the Wall Street Journal, GQ, Vogue, The New York Times, and other notable magazines.

Subsequent to having performed for three American Presidents, as well as the President of China, Bell believes that music makes a splendid diplomatic and educational tool. Serving on the artist committee of the Kennedy Center Honors as well as being the Board of Director for both the New York Philharmonic and Education through Music, a charitable program that helps put instruments in the hands of inner city children, this artist’s life is dedicated to music.

Other notable achievements include:

Joshua bell currently owns and plays the Gibson Stradivarius (crafted in 1713). Of the 540 violins constructed by Stradivari, this particular one’s recent history is quite remarkable. Stolen from Bronislaw Huberman once in 1916 and immediately returned, this violin was stolen again while Huberman performed a Carnegie recital in 1936. However, that second theft went undiscovered until 1985 when the thief’s widow returned it. Bell purchased it in 2001, and his first recording with it was “Romance of the Violin” (Sony). You can read the enthralling history of how Huberman utilized the famous violin to help Jewish musicians escape war-torn Europe here.

Bell lives in Manhattan and has three sons. He stays busy serving as an artistic partner for the Saint Paul Chamber Orchestra, a visiting professor at the Royal Academy of Music, London, and as an adjunct associate professor at MIT. His personal performance dates can be found on his website, along with his extensive Discography that includes his latest release, “Bach: Academy St. Martin’s in the Fields.”

Joshua Bell is truly an American virtuoso, characterized by an incredible passion for music. You can learn more about this exceptional artist and humanitarian by reading or joining his public forum.