How Losing a Competition Can Make You a Better Musician

Published by StringOvation Team on June 06, 2019 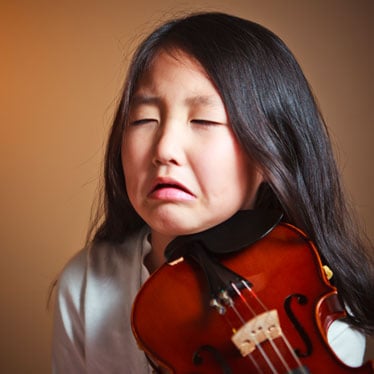 “Winning isn’t everything,” as the old saying goes, but it can set you up for more accolades down the road. Losing, on the other hand, serves a totally different but ultimately complimentary function on that same path to success. This is especially true in music competitions. While losing is certainly disappointing and perhaps even embarrassing in the moment, it can actually help to make you a better musician in the long run.

So, how does losing a competition embolden the string player? Not only does it build character overall (yes, the cliché holds true even for musicians), it can also serve to sharpen your knowledge for the next time you compete. After all, there’s no better accelerator to stay motivated in your learning than failing to live up to your own expectations.

“It's often been said that you learn more from losing than you do from winning,” a quote attributed to former high school basketball coach Morgan Wooten begins. “If you're wise, you learn from both.”

The proof is in the pudding. Although Wooten’s wisdom comes from the sports arena, the competitive world of classical music performance offers a fertile breeding ground for such insight. Losing – even losing consecutively – has a silver lining not seen on the surface. Experts agree that losing on the field allows young players to learn from that failure, as pointed out by the Washington Post. The same holds true in music competitions, where a defeat can highlight a performance’s inadequacies, allowing the musician the awareness they need to improve it.

On the contrary, winning all the time, especially at an early age, can contribute to a false sense of superiority. An unbroken winning streak, while considered advantageous (and even envious) on the outside, can make a player complacent as they advance. This is where bad habits can start to seep in. With a competitive loss under your belt, your talent and repertoire will grow more seasoned than ceaseless winning would create.

Tips of the trade

All that said, there are still a few practical things you can keep in mind to help with losing – both in avoiding a competitive loss and dealing with one when the time comes:

Keep Your Head in the Game

Don't get discouraged. Practice makes perfect, but don’t let a competitive slip-up sideline you. Winning a competition doesn’t necessarily mean you’re the best. Likewise, losing out on an award doesn’t brand you a talentless musician. Stay motivated. With effort, you’ll emerge a better player on the other side, thanks to the unforeseen pointers and constructive performance vetting that losing a competition can serendipitously offer.

Of course, communication with teachers and music instructors is also important in making an award-winning string player, as does outside support, so seek a trusted mentor’s guidance if you feel like you want to quit.

Need a musical boost? Get out and see some live performances in your area for inspiration and check out our list of 8 Upcoming Summer 2019 Violin Concerts You Don’t Want to Miss.