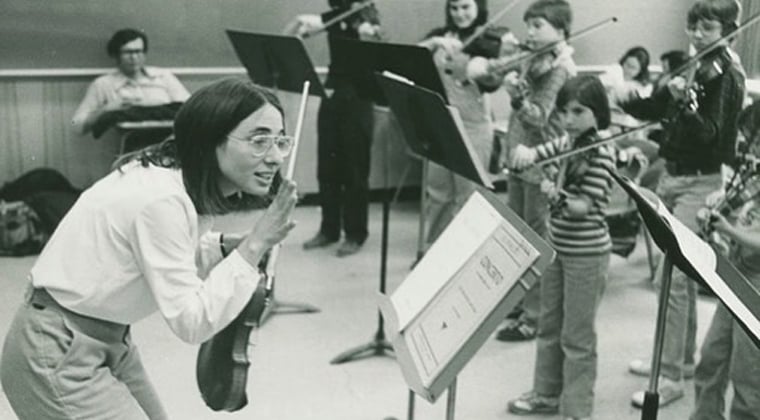 For nearly half a century, Mimi Zweig has been teaching and inspiring young violin and viola students. A Professor of Violin at the Indiana University Jacobs School of Music and the director of the JSoM String Academy she founded in 1975, Zweig could be considered classical music’s version of Stella Adler.

A sturdy branch on the pedagogy “teaching tree,” Zweig has studied with Louis Krasner, Raphael Bronstein and Tadeusz Wroński, among others. Her students, including virtuoso Joshua Bell, have gone on to prestigious careers as teachers and performers.

Driven by a passion to make her unique and fluid method accessible to the masses, Zweig, during the adolescent years of the Internet, created her StringPedagogy.com website in the early 2000s. The site offers a sequence for teaching beginners a way to journey through establishing a healthy, technical foundation – live streaming of lessons, cello lessons with Susan Moses, teaching in a classroom setting with Brenda Brenner and much more.

A seemingly tireless teacher, advocate, and ambassador for music education and performance, she recently took the time to meet with StringOvation to discuss her career, life, and the state of classical music.

Music instructors come in all varieties. Many project the persona of the stern taskmaster — exacting, impatient, stern, inflexible – towering over students and delivering instruction in an emotionless monotone.

For starters, she doesn’t tower over anyone. Petite and soft-spoken, she might not cast a giant shadow, but her presence is palpable. Radiating empathy and a lifetime of knowledge informed by study, intuition, and insights from her trial-and-error approach to pedagogy, Zweig projects a level of energy not always expected from someone on the cusp of turning 70.

An accomplished musician with the American Symphony Orchestra, Syracuse Symphony, Piedmont Chamber Orchestra, and the Indianapolis Symphony Orchestra, her teaching career began in 1972, three years before she arrived in Bloomington, Indiana, to begin her long association with the Jacobs School. Her introduction to pedagogy occurred at the North Carolina School of the Arts, where Zweig dipped a reluctant toe in the water.

The experience was life-changing.

A member of the Piedmont Chamber Orchestra, which was in residence at the North Carolina School of the Arts, Zweig was urged by her then-husband to observe a violin lesson to see if she could envision herself in a teaching role. Grudgingly, she arranged to watch Nancy Kredel (a recent graduate of University of IL and student of Paul Rolland) who was beginning a violin class of young people in conjunction with the North Carolina School of the Arts.

“I thought, ‘I don’t even like children, why am I doing this?’” Zweig laughs, her dark, doe-like eyes widening as she recalls a pivotal moment in her origin story. “But by the end of the first day, I was hooked!”

Mimi couldn’t know this at the time, but if the future success of her earliest pupils is any indication, then she was fated to teach. Her first student, Ingrid Matthews, is now an accomplished Baroque violinist who, in 1989, won first prize in the prestigious Erwin Bodky International Competition for Early Music. Many other highly successful students would follow.

Not surprisingly, classical music was the soundtrack of Zweig’s youth. Growing up in Davis, California, at the time a University of California agriculture school in the Sacramento Valley, Zweig got used to classical music shaking the walls of her childhood home – literally. The closest classical music station was in San Francisco and Zweig’s father, a university research scientist, attached an antenna to the roof of their home to pull in the FM signal.

“My father had the FM radio blasting all the time,” she said, her thick, mid-length hair bouncing as she shook her head from side to side, chuckling at the memory. “The walls would be shaking!”

This steady diet of Beethoven, symphony concerts, and chamber music would only be interrupted when a strong gust knocked the antenna down. Zweig, whose smooth complexion and smiling eyes give her the appearance of someone half her age, shows glimpses of that little girl in Davis when recalling how her father would scramble back up to the roof every time to right the antenna and restore the music.

In her home, music lessons were just a matter of time. Young Mimi wanted to play the piano, but the family didn’t have one and the cost was prohibitive. There really wasn’t money for a violin, either, but family friends had one collecting dust in their attic and gifted it to eight-year-old Mimi. The only problem was the full-sized violin proved a handful for the diminutive child. Showing the determination that would serve her so well later in life, Zweig adapted.

Her expressive eyebrows raised, she quips, “Maybe that’s why I also play the viola!”

That early experience might have been the seed that would sprout into Zweig’s philosophy around a student’s physical comfort. Oversized violin aside, Zweig enjoyed her early lessons.

“I loved my first teacher,” she said. “She was a visual artist first.” Again, laughing – Mimi laughs and smiles perhaps as much as anyone on Earth – she adds, “I loved going to her house because there were always wonderful cooking aromas!”

(Fun fact: That teacher’s daughter is Deborah Madison, the first chef at Greens Restaurant and the author of “The Greens Cookbook.”)

Once she started playing, there was no doubt her life would be dedicated to music. Zweig realized that becoming one with the music, having the ability to reproduce the tones and textures just as she was taught was transformative.

“Playing music is a life-altering experience,” she said.

After graduating from high school, Zweig matriculated at the State University of New York Albany, earning a Bachelor of Music in 1971. Little did she know the journey that would begin the following year.

Decades before the launch of String Pedagogy, Zweig’s method was emerging into a primordial state even if it wasn’t quite yet at the front of her consciousness.

“I think that the awareness of physical motions became crucial to me when I was in my late teens to early 20’s,” she explains. Though at that point, she was not considering a teaching career.

“I was trying to figure out how to become a better violinist,” Zweig says.

Once she did decide to teach, Zweig immersed herself in study and research. She poured over books and articles and observed highly-regarded teachers. Josef Gingold, Janos Starker, Samuel Kissel (a Dounis student) were very important role models. A major influence was Paul Rolland, who dove deep into the idea of freedom of movement. Rolland produced 14 films on the subject in the 1970s and Zweig consumed each one. His principles have been proudly promoted on her website from the beginning.

Another figure who impacted Zweig and her burgeoning theory was Betty Haag. A prominent and enthusiastic Suzuki teacher, Haag emphasized repetition – and patience. The foundation of Suzuki includes the idea that with enough quality practice, a student can learn anything. Seeing was believing for Mimi in the formative years of her teaching career arc. She went to a recital performed by Haag’s young and it was a revelation.

“With Betty Haag, it was seeing these young kids playing such advanced music,” Zweig recalls, the wonder still apparent in her voice even all these years later.

“I was blown away by her kids. A Vivaldi concerto at age six! For us now, that’s normal, but I just didn’t see that back then.”

Since then, Zweig has distilled the information she’s absorbed over the years, funneled it through her uncanny intuition, and channels it for students and other teachers who share her love not just of music, but music played well. The formula might seem simple: Natural movement, patience, repetition, and support at home for the younger students.

“It is logical and intuitive,” Zweig says.

But it does take endurance, passion, and dedication to rise above the pack.

“You can’t attain any of the highest levels without practice,” Zweig says. “It takes 10 years just to be a mediocre violinist!”

And there’s that laugh again. Not that she has any doubts about the truth in that statement. Mimi learned well and her life’s work is dedicated to passing her knowledge down to serious students and instructors.

“All of us are carry threads of our teachers and environment,” she says.

Watch Mimi giving a lesson to a young, second-year student.

Coming in part II: More on Mimi’s entry into teaching, her method, and her steady rise to prominence.

*Access to StringPedagogy.com is provided free thanks to Connolly Music and Thomastik-Infeld of Vienna.

Michael Harrison is a lifelong journalist, currently living in Fort Mill, South Carolina, where he was the editor of the local newspaper, the Fort Mill Times, 2004-2018, and earned dozens of South Carolina Press Association Awards. A native New Yorker, he was once first runner-up for the New York Press Association Writer-Of-The-Year award. He’s currently a freelance writer/content creator and runs a local news site, the MillTown News 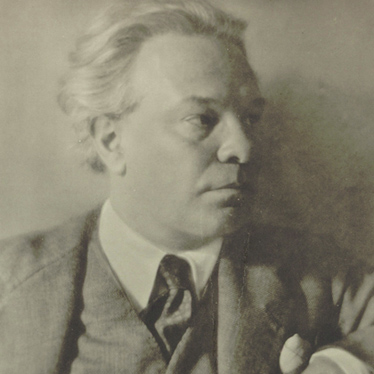