Benefits Of Creating A Musical Flash Mob With Your Students

Published by StringOvation Team on November 03, 2016 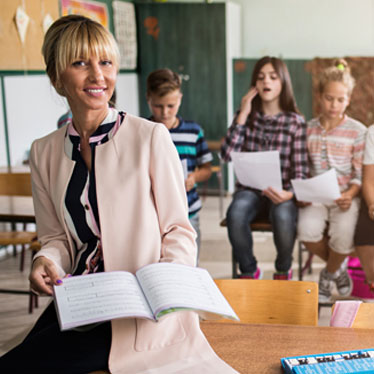 Trying to generate new activities for music students can be challenging. It can be difficult to come up with engaging ideas that make each recital or group performance more memorable. However, flash mobs can be used to develop a number of skills within your group, while simultaneously generating great exposure for your class and appreciation in your community. By creating a musical flash mob, you give your students the chance to participate in a fun, exciting activity that will offer lasting benefits.

What is a Flash Mob?

Although they have recently gained in notoriety since Bill Wasik (with Harper Magazine at the time) originally developed them in 2003, not everyone is aware of what they are. Essentially, a flash mob is a spontaneous (yet, staged) demonstration that is performed by a group of individuals in some non-typical setting, such as a train station or department store. But, what originally began as a social experiment that was designed to mock conformity has actually become a mainstream advertising and entertainment outlet.

Flash mobs have been used to advertise mobile phone services, honor artists who’ve passed away, or simply provide a “random act of culture” such as the one created by the Opera Company of Philadelphia, performing "Hallelujah!" at Macy's in Center City, Philadelphia, in 2010. You can use a musical flash mob to showcase your students’ talents and bring joy to listeners, but if you do it right, it can be used to encourage upcoming enrollment, promote an upcoming concert, or coordinate a cultural art project with a number of local students.

When done correctly, your flash mob will delight the audience and generate good publicity for your orchestra class, and your training style, which can help increase enrollment numbers. Be sure to record the performance so you can use as an advertisement for additional recitals and concerts.

It’s very effective if you include a number of different video angles that capture the surprise and enjoyment of your audience. Moreover, by giving your group of students a cutting edge way to deliver performances, you help prepare those who want to pursue a music profession.

The flash mob you initiate offers your students a number of personal and career-building benefits. Because it involves cinematography, coordination, and choreography, students develop a number of real world skills, such as:

Musical Flash Mobs Are Fun for Students and the Community

When you organize a flash mob the performance is a gift, fun for the performers and the audience alike. These activities are enjoyable because they bring a moment of delight and surprise into an otherwise monotonous day, especially if you chose a busy time of day and a place that has a boring vibe. As long as you remember to follow the right steps, your flash mob will create a memorable experience for everyone involved. Plus, if you hit on something really awesome, it can go viral in exposure.

Choosing to create a musical flash mob is an excellent way to provide your students with tons of benefits. In addition to using these types of activities for music students to build performance confidence, they’re a great way to boost interest in the music training you offer. The positive exposure your class can achieve makes it a splendid exercise for any group of musicians, and the joy you’ll bring into the lives of your listeners is priceless.