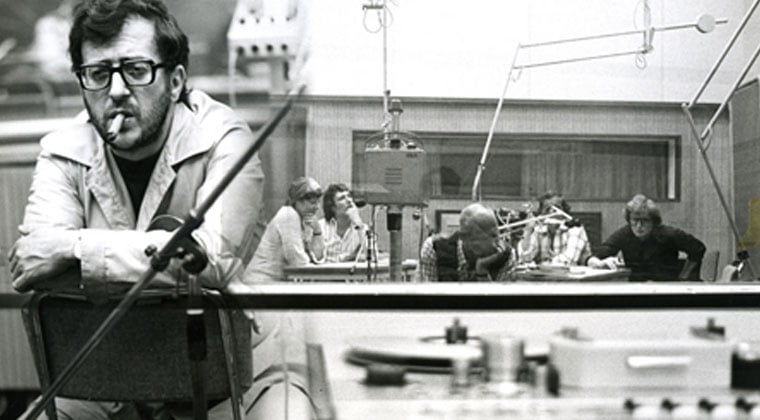 The term “post-modernism” can refer to both a time frame and a philosophy. As a timeframe, you might accurately call any composer working after the Modernist era, which ended around 1975, a post-modernist composer.

As a philosophical approach, post-modernism rejects the idea of an objective reality. Since post-modernists believe that there’s no objective truth, any “objective” standards or forms developed in previous eras are really just the subjective understanding of people living in different places and times to the world around them. Those standards from previous eras have no particular authority for the post-modernist, and thus need not be followed. Post-modernists believe that the creation of standards developed a false distinction between “high” and “low” art, which post-modernists reject as elitist. In contrast, post-modernist philosophy holds since all art and truth is subjective, labels like “cultured” or “popular” have no meaning. It often also rejects aestheticism as a required element of art.

Post-modernism is a philosophical and analytical approach that’s applied to all different art forms, and you can read more about post-modernist thought here.

An American composer working primarily during the Modernist era, but whose work philosophically reflects a post-modernist approach. One of his most avant-garde works is titled 4’ 33”, which is a musician sitting on the stage without performing. The composition is then whatever ambient sounds are being made during that four minutes and 33 seconds that happen to occur. One of his other well-known compositions is Music of Changes (1951). Cage composed this work by using the classic Chinese text I Ching that was first created as a divination manual from which reader could generate random strings of numbers. Cage used this manual to create random number sequences so he could compose a work without reference to his individual ego or perceptions.

This French composer also had a long career that spanned both the Modernist and Post-modernist periods. Focusing on characteristics of his work from the Post-modernist era, he incorporated electronic and digital instruments and tools into some of his works, as the technology continued to change. One example is … explosante fixe … (1991-1993) a composition for a digitally-connected flute backed by a chamber orchestra, where a computer is used triggered by sounds to generate sound patterns of its own.

One common characteristic of this Polish composer’s works is their “unistic” quality, or approach of unitary music. This style has a very even, almost monotone, sound. It also introduces a full picture of the work during its opening so, as Krauze explained, "everything that the listener discovers in the first few seconds will last to the end without any surprise." His 1968 work, Polychromy, is a good example of this style.

Along with John Cage, Brown was one of the American composers who were part of the “New York School” of avant-garde music. Like other post-modern composers, he was highly influenced by other arts and artists, such as author James Joyce and the Abstract Expressionists. The score for his most famous work, December 1952, is made up entirely of rectangles, which he likened to a Calder mobile.

Berio, an Italian composer, used James Joyce’s work directly in his own works. Berio produced a piece called Thema (Omaggio a Joyce), in which he uses technology to manipulate a reading from Joyce’s Ulysses. Using manipulated spoken voices, rather than singing, reading from literary works is a convention he used in other compositions, including Sinfonia (here conducted by Boulez). In Sinfonia, Berio quotes readings from philosopher Levi-Strauss and score instructions written by Mahler, as well quoting extensively from others musical compositions, from Beethoven to Stravinsky to Debussy, just to name a few.

You can read about other post-modernist composers, along with a discussion on some of the classical music genres that fall under “post-modernism” here.