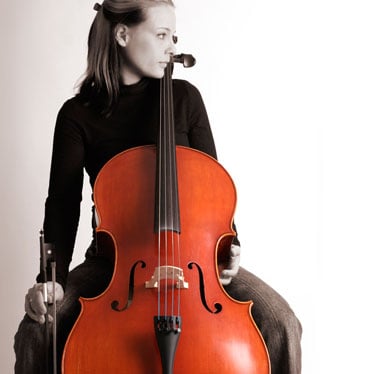 As a classical music staple, the cello has been delighting listeners for centuries. However, in recent years, cellists have begun to push the traditional boundaries, moving into genres not previously associated with the instrument. The versatility and range of the cello makes it an extremely adaptable instrument, and hip cello players around the globe are gaining greater recognition on the world music stage. Indeed, trailblazers have even forged their own unique sound, creating an entirely new category, cello rock.

This relatively new phenomena got its start when popular grunge band Nirvana taped an MTV Unplugged session in 1993 featuring cellist Lori Goldstein. Although the cello had periodically made appearances in popular music before then, it was this instance that marked a significant duality in the history of the cello. No longer would it be associated with only elevator-type music; the cello had found new fans.

These popular cello players and groups exemplify cool, and the music they create speaks to younger generations. In the thirty plus years since that definitive day at Sony Music Studios, cello acts have continued to reach new audiences. These hip cello artists are carrying on with unrelenting experimentation, developing new sounds, merging old styles, and basically pioneering into new frontiers of music expression.

This Finnish rock band utterly altered the face of heavy metal when they released their debut album in 1996. The group originally met at music camp and began adapting the popular heavy metal rock songs of Metallica to play on their cellos. The epic release, “Plays Metallica by Four Cellos,” was a sensation and almost single-handedly established the genre “cello rock.” To celebrate their twenty year success, the group is re-releasing that instrumental offering this year in July, adding three bonus tracks with digitally remastered tracks. Currently touring their latest album, “Shadowmaker,” the band has planned a 2017 tour for the anniversary release. Examples: “Nothing Else Matters” and “Battery”

This cello trio, based in New York, embraces a Goth-rock sound. Founder, singer/songwriter Melora Creager is a classically trained cellist who solicited hip cello players to form a rock group in the early 1990’s. Rasputina’s debut album, “Thanks for the Ether” was released in 1996, and since then, the group has released eight albums despite the fluctuation of members. With vintage Victorian costumes and a distinctly Goth style, these cello rockers have truly followed their passions to create a totally unique sound. Examples: “Fa La La- The Bastardy of Shakespeare's Madrigals, an Intro.” and “Clipped”

In the nine years since its inception, this group of hip cello players (aka PCP) have been erasing the boundaries between music genres to the overwhelming enjoyment of audiences and listeners alike. Entertainment Weekly dubbed them “An ace group of rotating cellists who take on everything from Britney's "Toxic" to the Dandy Warhols and postmodern Estonian composer Arvo Pärt in their one-off performances," and their popularity continues to rise. Their latest album, “To e.s.” pays homage to Elliot Smith with six covers, and includes an additional six contemporary works by various composers. Examples: “Mouth For War” (Live on KEXP) and “Canon on a Lollipopalicious Theme” and Denmark, by Gideon Freudmann

12 Cellists of the Berlin Harmonic

Founded in 1972, this group of cellists play and record independently from the Berlin Philharmonic (although they are associated with it), and their expertise transforms the contemporary works they play. Performing a mixture of classics, jazz, tango or avant-garde, these artists have solidified an international following, resulting in numerous awards. Examples: “Yesterday” by the Beatles and “BASIC INSTINCT” - Main Theme.mov

Probably one of the most recognized duos to emerge on the music scene in decades, hip cello players Luka Sulic and Stjepan Hauser create unforgettable performances. Their energetically passionate playing style and rugged good looks brought them international stardom after a rendition of Michael Jackson’s “Smooth Criminal” was released on YouTube in 2011. The viral phenomenon led to a Sony Masterworks deal and an offer to tour with Sir Elton John. These trailblazing cellists released their latest album “CELLOVERSE” last year and continue to wow fans with periodic YouTube videos. Examples: “Smooth Criminal” and “Whole Lotta Love vs. Beethoven 5th Symphony”

Many other popular cello players like Yo-yo Ma, Matt Tuner, and Eric Friedlander continue to explore the capacity of the cello because they refuse to believe that music must fit into one specific style. And, it is this vision and belief that will continue to break new ground, enlarging how people view the cello and it musical capabilities for many years to come.