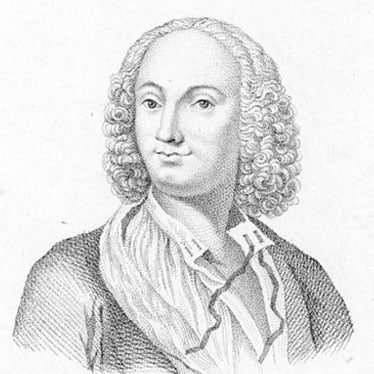 Most violinists and musicians are familiar with the beautiful series of violin concertos, The Four Seasons, crafted by the master baroque composer Antonio Vivaldi. However, not everyone is familiar with some of the most interesting aspects of his life. One of which is that this musical genius narrowly missed being buried in oblivion more than once.

Vivaldi must have been destined for greatness by virtue of his ground shaking birth and the fortune of being rediscovered by a caring patron of music history years after his death. Indeed, there’s more to Vivaldi’s life than simply his most recognized violin and orchestral compositions. The following Vivaldi facts and trivia have been gleaned from various historical biographies and similar sources.

Vivaldi was an innovator in Baroque music and he was influential across Europe during his lifetime. As a composer, virtuoso violinist, pedagogue, and priest, his life and genius influenced a number of notable artists. However, because of struggles later in life, his music was nearly lost to obscurity. Thankfully, the meticulous efforts of diligent researchers have ensured that his great body of music will be available to inspire countless, future generations of musicians.

Check out these two examples of Vivaldi’s most celebrated compositions, Vivaldi Four Seasons performed by I Musici, in 1988, and Musica Intima & Pacific Baroque Orchestra performing Gloria.