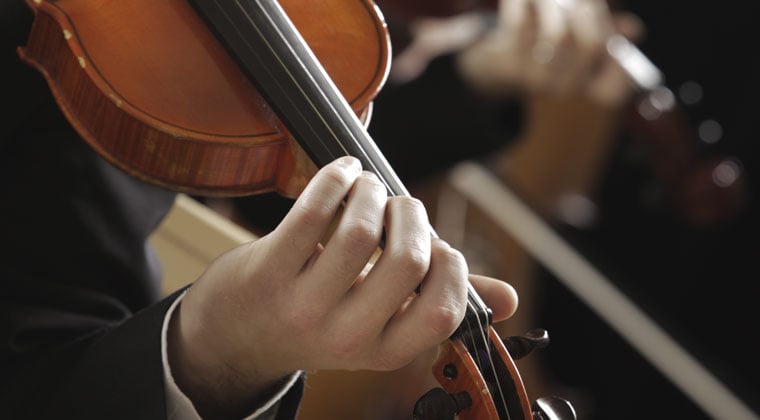 If you’ve recently decided to learn to play the violin, or if you’re just a music enthusiast who likes to broaden your knowledge, there are many famous violin songs that stand out as exceptional compositions. These masterpieces, written for the violin, represent violin music at its best and display the incredible range of the instrument when performed by a virtuoso.

This list contains some of the most celebrated violin music ever created. Indeed, you don’t even have to have any musical knowledge to be able to appreciate their genius. These four distinctive compositions express so much emotion and passion that anyone can recognize their beauty.

The “Arpeggio” is the first of 24 caprices written by Niccolo Paganini. This vibrant, lively piece is free of form, and indeed, Paganini developed these caprices as a means to challenge himself since truly, they cannot be mastered easily. He pushed beyond the traditional methodologies of composition, crafting passages that are so astounding, so complex that they delight the ear with unexpected transitions. What to listen for:

Because Paganini’s genius is beloved by violinists and instrumentalists all over the world, you may have heard small passages of this piece before. The range produced makes this violin work a masterpiece that anyone can appreciate. In fact, the entire set of 24 is worth listening to over and over.

Reeling from a very stormy marriage failure in 1878, Tchaikovsky sketched this masterpiece of fluid motion and electrifying climax during eleven days while sojourning in Switzerland. He completed the scoring for it a few weeks later. And although it underwent additional tweaking, the three movements of the piece reflect the stormy climate of Tchaikovsky’s life at the time. It was initially poorly received by critics, but like many artists, this work is now lauded as a masterpiece of violin music. Listen for:

With such memorable passages, this concerto is truly one of the greatest violin pieces written.

Breaking from tradition, Felix Mendelssohn introduces the solo violinist immediately in this, his last large orchestral work. The haunting melody in E minor is one of the most recognized, famous violin songs. Constructed of three movements, Allegro molto appassionato, Andante, and Allegretto non troppo – Allegro molto vivace, this technically challenging piece remains a staple for violin virtuosos to master because it allows such personal expression. During each of the three movements, listen for:

This piece seems to allow the violinist and the orchestra to “speak” back and forth before culminating in one majestic, final statement.

Often lauded as his finest violin concerto, the melodic arrangement of this famous piece of violin music is joyful and uplifting. Three movements comprise this concerto that begins and ends in G Major. Listen for:

While these four compositions are far from totaling a definitive list of the best violin music ever created, they’re a great place to start your classical violin education.