Who Invented the Violin? 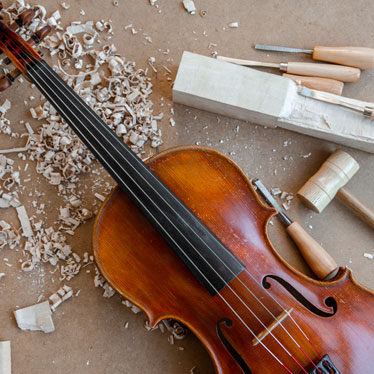 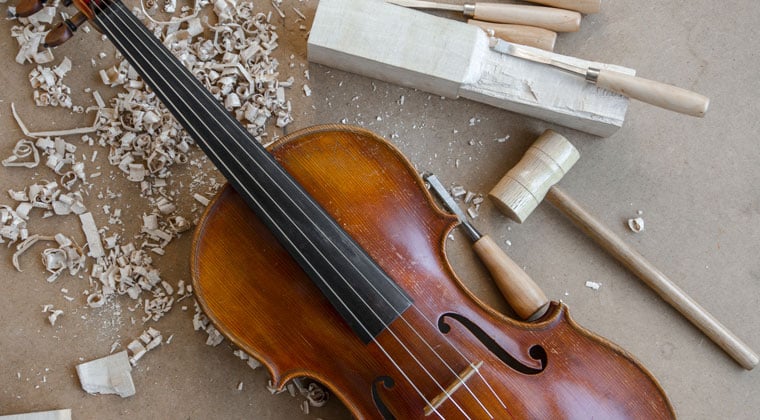 The violin is one of the world’s most beloved instruments. The sounds it can create in the hands of a master are truly inspiring, and many new violin students wonder who’s responsible for having invented such a wonderfully expressive instrument. Although the exact origins of the very first violin are debated, scholars agree on the ‘roundabout’ roots concerning the violin’s conception and the famous violists who helped inspire the handiwork of the first luthiers.

Almost every early culture had its own uniquely styled instruments to generate music for ritual ceremonies, gatherings, or just personal entertainment. Indeed, one of the oldest cultures, the ancient Hebrews, have recorded texts that describe the use of stringed instruments during worship many hundreds of years before Anno Domini. Therefore, creating sounds from a string instrument is not, and has never been, a modern invention.

Over the centuries, those ancient instruments helped influence later creations. The prevailing theory, although it’s still open to debate, is that the violin family of instruments were originally inspired by the Rabab, an Arabic instrument that featured two silk strings. The strings were tuned to fifths using pegs located along the side of the body (fashioned from a gourd), and it sported a very long neck. Musicians used a stringed bow with resin on it to play it, while holding it in the lap. Yet, it wasn’t until the middle of the 11th century that those string instrument influences would be felt in Europe.

About that time, and possibly as a result of Crusader influences, an instrument very similar to the Rabab appeared in Spain. It was dubbed the "rebec." Primary differences were that, unlike its forerunner, this instrument was made using wood and it featured three violin strings instead of two. The other great change was that musicians played the instrument by placing it on the shoulder.

Alterations continued, and by the 13th century a new instrument appeared in France, the Vielle. Its five string design and shape, (which is more similar to modern violin family instruments) was created with ribs for increased flexibility. However, by the 1400s, the violin had made an appearance.

By most accounts, the first violin originated in Northern Italy in the early 1500’s. The exact inventor isn’t known, and indeed, some scholars debate even this point, believing that other violins were being played by the best violists during the latter part of the previous century (late 1400’s). However, prevailing theory credits Andrea Amati of Cremona with making the first violin, somewhat due to the fact that the oldest violin in existence was fashioned by him, but also because of writings that record the sale of 24 violins to Charles IX.

The other claimant to the inventor of the violin is Gasparo di Bertolotti (a.k.a. da Salo). This artisan lived in Brescia (1540-1609), and created instruments as well. However, the legacy established by Amati is well documented and filled with famous violists.

Amati (1511-1577) made lutes, viols, and rebecs, and began an actual school in Cremona, dedicated to the violin craft. Famous violists and luthiers then carried on his tradition. Some of his best known pupils were his progeny, including Antonius and Hieronymus Amati, who were known as the “brothers Amati.” His grandson, Nicolo Amati went on to craft some of the most excellent instruments made by his family.

Nicolo had an apprentice named Andrea Guarneri (1623-1698), who in turn taught his sons the lucrative trade. Guarneri’s grandson, Bartolomeo Giuseppe is widely held to have created some of the finest instruments in existence, next to Antonio Stradivari, who was without a doubt, the most famous apprentice of Nicolo Amati.

As you can see, the influence of just a few artisans led to the creation and development of the violin that has been played for centuries. So, although we may never know who made the very first violins, we have a pretty good idea of how they evolved and the key craftsmen who excelled in creating this musical artwork.