Published by StringOvation Team on January 24, 2018 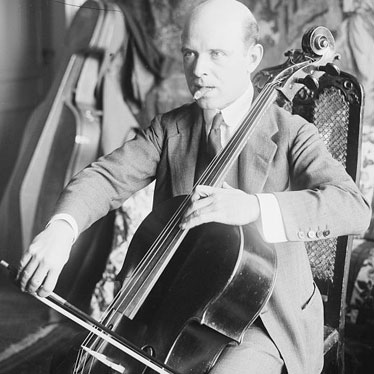 Music fans and young musicians can be forgiven for thinking that virtuoso cellists like Yo-Yo Ma or Mstislav Rostropovich reach a point where they no longer need to practice. We may think that myth is true, but we’d be wrong.

Everyone practices. Sometimes you’re 100% energized to get going. Other times (too many times), it can feel like a chore. There are steps you can take to improve your practice habits. Yet there’s nothing like inspiration to get you motivated.

To that end, we’re sharing the thoughts of some of the greatest cellists of all time, about their approach to practicing. Some tips are practical; others are esoteric. Either way, we hope hearing the perspectives of well-known cellists, in their own words, on their practice habits will infuse your own practice with new energy.

Pablo Casals on mindful practice that kept him young

Casals describes why he continued to practice every day, even into his nineties. From his auto-biographical work Joys and Sorrows, he wrote:

“[Daily practice] is not a mechanical routine but something essential to my daily life. I go to the piano, and I play two preludes and fugues of Bach. I cannot think of doing otherwise. It is a sort of benediction on the house. But that is not its only meaning for me. It is a rediscovery of the world of which I have the joy of being a part. It fills me with awareness of the wonder of life, with a feeling of the incredible marvel of being a human being. The music is never the same for me, never. Each day is something new, fantastic, unbelievable. That is Bach, like nature, a miracle!”

As his emotional relationship with a piece evolves, Ma uses practice to evolve what he’s creating with a work.

“And now I practice because I’ve experienced so much love that you practice out of loving a phrase, loving motivic change, loving a structure or harmony change or the way a sound can get to something. I think that part of practicing is great because it unites what you want to do in engineering, as in technically, where do you put your arms and your fingers and your body—micro movements—with that desire and the feeling of what it needs to be. That’s a wonderful process because it’s a constant of going toward something bigger than the notes and yourself, and very lovingly so.”

Steven Isserlis on why he still practices familiar works

In a 2015 interview, Isserlis shared how he answered a girlfriend who asked him why he was practicing for a performance of Beethoven’s sonatas, which he’d already performed at least ten times before. What was there to practice on a work he knew so well?

“I do spend a lot of time focusing on intonation, as well as bow articulation – it’s essential, in order to reach a level at which one isn’t distracted by technical problems during performance. Even more vital, though, is to remind oneself of the exact position of every note in the work as a whole. One can read a novel many times, and know the plot pretty well; but will one remember every word?

As an interpreter, one has to know, as it were, every word of the story – not just who are the main characters (or in musical terms, themes), but also the contrasts and similarities between them, how they develop and inter-react, and what journeys they experience.”

Russian cellist Natalia Gutman shares how her grandfather, one of her earliest music teachers, was a violinist who studied under Leopold Auer, a teacher who never corrected technique but expected technical mastery from his students.

“Oddly enough, my grandfather, even though he was a violinist, taught me lots of technique too and he gave me a certain virtuosity. He had me play scales for two hours a day with all sorts of bowings and fingerings, which made scale practice very interesting and did great things for my facility. Because of him, I kind of belong to the Auer school.”

According to Rostropovich, getting his hands on Shostakovich’s first cello concerto, dedicated to Rostropovich himself, got him at peak practice eagerness.

“I generally practiced at most two hours per day. My record was over a four-day period after Shostakovich gave me the score to his first cello concerto...he said that if I liked it he would dedicate it to me. I was in heaven! I went straight home and practiced ten hours that day, ten hours the next day, eight hours the day after that, and then six hours on the fourth day. I only practiced that hard because I was so excited about the piece, and that was the most I practiced in all of my 79 years. I played it for Shostakovich from memory after the fourth day, which was one of the proudest moments in my life.”

Some of these tips were practical, others were esoteric. Either way, we hope hearing the perspectives from well-known cellists on their practice habits will infuse your own practice with new energy.