A Brief History of the Cello 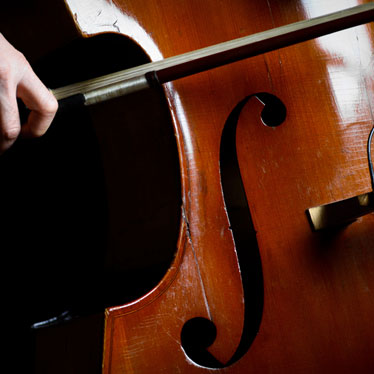 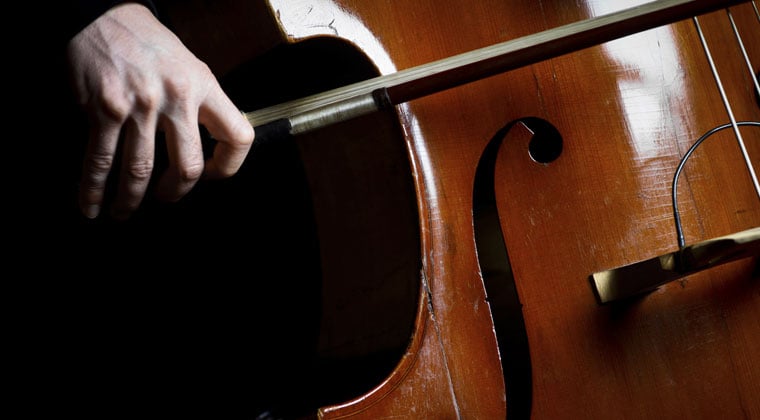 For hundreds of years, the cello has been delighting listeners with its warm, living tones and rich sounds that resemble the range of human voice pitch. This much cherished solo and orchestral instrument became a staple of Western music through a series of cultural changes and practical needs. And although today it is an easily recognized instrument, the history of this beloved instrument is a mystery to many people.

Whether you are a beginning cellist, just starting to learn, or you’re simply a music history buff who enjoys knowing interesting facts, the evolution of the cello is a remarkable tale. Indeed, its historical development is an excellent example of how the human spirit will strive to produce artistic vision by overcoming barriers and inventing solutions; thus creating music that both originates from, and speaks to the soul.

History of the Cello 101: Early Years

Ancient civilizations that existed before A.D. utilized stringed instruments like the lyre and harp to make music, produce melodies, and accompany poetry. The history of the cello starts here, and gradually the addition of a bow was included. Thirteenth century paintings depict early forms of the violin, which according to experts evolved from the rebec and the Byzantine-Greek lira. These early instruments were eventually characterized by the methods used to play them, the viola de braccio (meaning “arm”) and the viola de Gamba (which means leg). And although the de Gamba was initially the preferred, rather aristocratic instrument, the members of the violin family we know today all emerged from the de braccio design.

According to the Vienna Symphonic Library, it wasn’t until the first half of the sixteenth century (between 1520 and 1550) that renowned violin makers began to create what would later become the modern cello.

In the history of the cello, luthiers Andrea Amati (1581-1632), Gasparo da Salo (1549-1609), Paolo Maggini (1581-1632) are credited with the first bass violin designs, dubbed the “violone.” The instruments were much larger than what is recognized today, mainly due to the fact that the lower pitches were difficult to achieve unless the instrument itself was larger. Up until that point, vocal accompaniments and cultural tastes favored very high pitches, but as preferences evolved, it was necessary to develop instruments that produced greater variations, specifically the lower register sounds.

Before the 18th century, instruments that featured the F2, C3, G3, and D4 tunings were either a large bass instrument (measuring approximately 2’8” long) or a smaller variety that was about 2 ½” shorter. This was possible due to the invention of metal wound strings in 1659. However, from 1700-1710, the enthusiasm to reduce the size of the instrument pervaded and today, not one of the original “large small violins” (literal translation of ‘violoncello’) remains.

It was Antonio Stradivari (1644-1737) who developed the cello size that we know today. After 1710, he began making cellos that measured between the original two sizes, and luthiers around Europe followed his example (many of his original cellos are still being played today). It was this standardization that helped facilitate the emergence of virtuoso players, such as composer and cellist Luigi Boccherini. A musical pioneer, rather than use the cello for strictly bass techniques, he incorporated more tremolo, harmonics, and advanced melodies on the instrument, which showed that the cello had an equal place with similar solo instruments.

More cultural changes (including the French Revolution) further altered the sound required by the cello. Around the turn of the century, the focus shifted from delicate sounds created for exclusive peers, to larger audiences. Changes were made to improve volume, clarity, and responsiveness, evolving from a delicate timbre with wondrous overtones to greater fullness and luster. Some of the alterations included raising the bridge to increase string pressure and volume, but the neck and fingerboard were also extended, and the neck was set back at an angle for improved clarity and response.

Although cello music was being created during this time, the first major work written for the instrument was Bach’s Six Suites. The history of the cello records that designs continued to evolve only minutely during the late 1800’s and early 1900’s. The most noticeable change being the end pin rod (spike), which was included to make it easier to balance.

Undoubtedly, the cello enjoys a wide range of enthusiasts. In recent years, it has begun to pervade a number of musical genres, and has even garnered its own specific style, Cello rock, a subgenre of rock music that emphasizes gothic sounds.

With its rich history and purely wonderful sounds, the cello is a fascinating instrument. Its versatility and beauty ensures that artists will continue to explore new ways to perform on this instrument, delighting music lovers for centuries to come.