8 Of The Greatest Jazz Bass Performances You Must Hear

Published by StringOvation Team on November 09, 2016 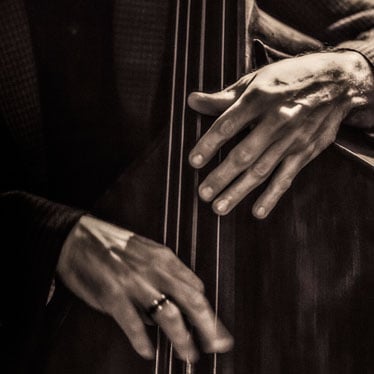 Jazz has been an integral part of American music for over a century. While its origins date back to ancient times, modern jazz is generally held to have been birthed in New Orleans, in 1817, when the city council established “Congo Square,” an official site for performing “slave music and dance,” according to Jazz in Amercia.org.

In New Orleans, the drums that were prevalent in ritualistic African music were eventually blended with the horns being imported from Europe, and about 30 years after slavery had been abolished in the U.S., pianist Tommy Turpin composed the first, recognized ragtime piece, Harlem Rag. A few years later, in 1899, Duke Ellington was born. That's the same year that Scott Joplin wrote the Maple Leaf Rag, which sold over 100,000 copies. These events ushered in the creation of modern jazz music, and helped establish a genre that is beloved all over the world today.

J'attendrai (“I Will Wait”), by Django Reinhardt, Stéphane Grappelli (1938). This swing version of the popular “Depression” song introduced new and distinctive instrumental styles. Grappelli, who was a pioneer jazz violinist, shows off his musical talents by performing on the piano in this piece.

Ella Fitzgerald and Louis Armstrong, "They Can`t Take That Away From Me." This jazz classic blends the incredible voices and talents of two of the most recognized and beloved jazz musicians in history. Their many duos provide a classic example of the evolution of jazz music during the 1950’s.

Miles Davis and Jon Coltrane, from the album Kind of Blue, “So What.” This is a phenomenal piece, written by Davis, on the album that is considered by many to be the quintessential jazz album of all time. This piece, an early example of model jazz (which employs modes, rather than chord progressions), allowed incredible improvisation for these master musicians. In fact, the entire album was created from an unrehearsed studio session in 1959. In between recordings of this landmark album, Davis and Coltrane appeared on an episode of The Robert Herridge Theater with the Gil Evens Orchestra and other greats like Paul Chambers on string bass and Wynton Kelly on the piano, creating these truly great jazz performances that you shouldn’t miss.

Thelonious Monk, and his quartet in Copenhagen, 1966. While millennials will recognize at least one of the melodies in this—truly one of the great jazz performances of all time—masterful montage of Monk’s European concerts, it displays the solo capabilities of some dominant jazz musicians. With Ben Riley on drums, Larry Gales playing string bass, and Charlie Rouse on Tenor Saxophone, the sound is simply phenomenal. You can even see Monk getting up from the piano and doing his unique dance steps. In a similar performance five years later, Monk appears with Dizzy Gillespie in Giants of Jazz, Copenhagen 1971. Also, incredibly awesome.

Charles Mingus, European Tour, 1964. This Belgium performance showcases Mingus’s incredible string bass talents and composition abilities. In fact, this three-week tour is one of the most celebrated of his career. His unique rhythms are absolutely transcendent. On his website biography he is credited with saying that his, “abilities as a bassist were the result of hard work but that his talent for composition came from God,” and The New Yorker wrote: “For sheer melodic and rhythmic and structural originality, his compositions may equal anything written in western music in the twentieth century.” Hear more of this master’s great jazz performances on his website.

John Coltrane, from the album A Love Supreme, 1965. This “Part 1: Acknowledgement” is an exceptionally original blend of the bop and free style jazz that now characterizes the genre, and is recognized by the Smithsonian as a national treasure. Listen to the full album here.

Esperanza Spalding “What A Wonderful World” (Louis Armstrong cover) and Jimmy Heath live. Earning her spot among the jazz greats on our list, Spalding presents rich vocals and talented string bass performances in her numerous albums. Check out her concert performance of “Overjoyed” at the Library of Congress Gershwin Prize for Stevie Wonder, too.

Whether you’re just a fan, or you’re training to play the string bass, there’s plenty of enjoyment to be found in these great jazz performances. So, sit back, relax and get ready to groove.