Published by StringOvation Team on January 02, 2019 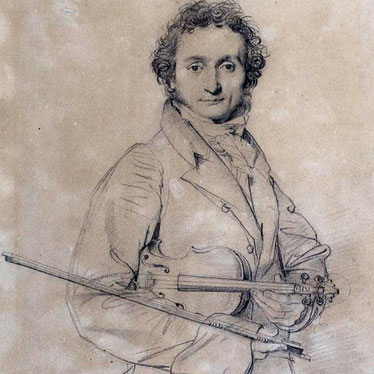 Niccolò Paganini is well-known to anyone who has even thought about picking up a violin. Yet how well do you really know this composer and violin maestro? Paganini was a towering figure who lived an extraordinary life – whose catalogue of intriguing details can't fully be recounted here. We can, however, get that list started. Here are eight fascinating secrets about Paganini.

Luthier Giuseppe Fiorini was the source of the image. It was eventually determined that
Fiorini is also the man in the image. Fiorini forged the image, which fooled people for    decades. As Paganini died in 1840 and the dageurrotype process was barely in its infancy, having been first used in 1839, people eventually began to ask questions. 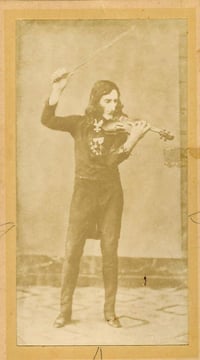 Paganini isn't the only great composer and musician with secrets. You can also read about the secret life of Vivaldi and amazing facts about Mozart. It seems genius is never simple.

Above image of Niccolò Paganini (1819), by Jean-Auguste-Dominique Ingres, courtesy of Wikicommons.