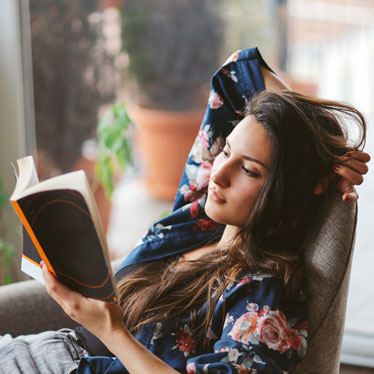 Summer may be rapidly coming to a close, but there’s still time to curl up in a hammock or grab that beach chair and relax a little – with a good book!

Whether your reading interest is romance, history, or a good suspense novel, we’ve got nine titles that will enthrall any string player. So, get off your electronics and enjoy the rest of your summer break with one of these adventurous reads!

Antonio Stradivari (1644—1737) was a perfectionist whose single-minded pursuit of excellence changed the world of music. In the course of his long career in the northern Italian city of Cremona, he created more than a thousand stringed instruments; approximately six hundred survive, their quality unequalled by any subsequent violin-maker.

In this fascinating book, Toby Faber traces the rich, multilayered stories of six of these peerless creations – five violins and a cello – and the one towering artist who brought them into being. Blending history, biography, meticulous detective work, and an abiding passion for music, Faber takes us from the salons of Vienna to the concert halls of New York, and from the breakthroughs of Beethoven’s last quartets to the first phonographic recordings.

This magnificent narrative invites us to share the life, the intrigue, and the incomparable beauty of the world’s most marvelous stringed instruments. GET IT HERE.

2. The Cello Suites by Eric Siblin

The Cello Suites is an incomparable, beautifully written, true-life journey of passion, imagination, and discovery, fueled by the transcendent power of a musical masterpiece. One autumn evening, shortly after ending a ten-year stint as a pop-music columnist for the Montreal Gazette, Eric Siblin attended a concert at Toronto's Royal Conservatory of Music. There, something unlikely happened: he fell in love with a piece of classical music – Bach's cello suites.

Part biography, part music history, and part literary mystery, The Cello Suites weaves together three dramatic stories: The first features Johann Sebastian Bach and the missing manuscript of his suites from the eighteenth century; the second is that of Pablo Casals and his incredible discovery of the manuscript in Spain in the early twentieth century; and the third is Eric Siblin's own infatuation with the suites in the twenty-first century.

This love affair leads Siblin to the back streets of Barcelona, a Belgian mansion, and a bombed-out German palace, to interviews with cellists Mischa Maisky, Anner Bylsma, and Pieter Wispelwey to archives, festivals, conferences, and cemeteries, and even to cello lessons – all in pursuit of answers to the mysteries that continue to haunt this piece of music more than 250 years after its composer's death. GET IT HERE.

"Remember, what's down inside you, all covered up—the things of your soul. The important, secret things . . . The story of you, all buried, let the music caress it out into the open."

When Allegra was a little girl, she thought she would pick up her violin and it would sing for her – that the music was hidden inside her instrument. Now that Allegra is 12, she believes the music is in her fingers, and the summer after seventh grade she has to teach them well. She's the youngest contestant in the Ernest Bloch Young Musicians' Competition.

She knows she will learn the notes to the concerto, but what she doesn't realize is she'll also learn how to close the gap between herself and Mozart to find the real music inside her heart. GET IT HERE.

In the grand manner of Interview with the Vampire, Anne Rice's novel moves across time and the continents, from nineteenth-century Vienna to a St. Charles Greek Revival mansion in present-day New Orleans to dazzling capitals of the modern-day world, telling a story of two charismatic figures bound to each other by a passionate commitment to music as a means of rapture, seduction, and liberation. GET IT HERE.

5. Secret Lives of Great Composers: What Your Teachers Never Told You About the World’s Musical Masters by Elizabeth Lunday (Author), Mario Zucca (Illustrator)

Ear-pleasing masterpieces are often the target for books about classical music. However, Elizabeth Lunday’s Secret Lives of Great Composers accounts the seamy, scandalous lives behind the masters of international music.

Readers learn tidbits about first-rate composers, including Wagner’s alleged cross-dressing fetish, Bach’s brief imprisonment, and Cage’s fascination with fungi. You’ll learn that Edward Elgar dabbled with explosives; that Berlioz plotted murder; and that Giacomo Puccini stole his church’s organ pipes and sold them as scrap metal so he could buy cigarettes.

This is one music history lesson you’ll never forget! GET IT HERE. 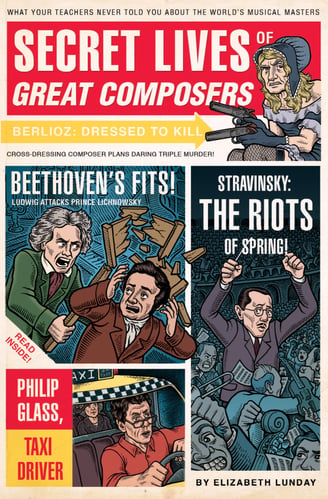 6. Sounds and Sweet Airs: The Forgotten Women of Classical Music by Anna Beer

Everyone readily recognizes the names of Mozart and Beethoven, but what about Francesca Caccini and Clara Schumann? Well, Sounds and Sweet Airs can change that. This engrossing read shares the stories of prolific female virtuosos who have been dismissed in musical history. British author Anna Beer delves into the unique motivations and struggles faced by women in classical music. GET IT HERE.

7. The Violinist of Venice: A Story of Vivaldi By Alyssa Palombo

A sweeping historical novel of composer and priest Antonio Vivaldi, a secret wealthy mistress, and their passion for music and each other. Like most 18th century Venetians, Adriana d'Amato adores music ­– except her strict merchant father has forbidden her to cultivate her gift for the violin.

But she refuses to let that stop her from living her dreams and begins sneaking out of her family's palazzo under the cover of night to take violin lessons from virtuoso violinist and composer Antonio Vivaldi. However, what begins as secret lessons swiftly evolves into a passionate, consuming love affair.

Adriana's father is intent on seeing her married to a wealthy, prominent member of Venice's patrician class – and a handsome, charming suitor, whom she knows she could love, only complicates matters ­– but Vivaldi is a priest, making their relationship forbidden in the eyes of the Church and of society. They both know their affair will end upon Adriana's marriage, but she cannot anticipate the events that will force Vivaldi to choose between her and his music. The repercussions of his choice – and of Adriana's own choices – will haunt both of their lives in ways they never imagined. GET IT HERE.

Paganini – showman, womanizer, dazzling virtuoso – is one of the most charismatic characters in the history of classical music. His violin, il Cannone (the Cannon), is now kept in Genoa, Italy, where it is played only once every two years in a sold-out concert by the winner of an international competition.

This year, though, a Parisian art dealer is found dead in his hotel room the day after the concert. In his wallet is a scrap of sheet music, torn from a page that belongs to the competition’s winner. But how did the dead man get hold of it? And why? Detective Antonio Guastafeste asks violin maker Gianni Castiglione to help him navigate the curious world of classical musicians, their priceless instruments, and the unsavory dealers who prey upon them. Together, Antonio and Gianni must unravel another mystery that has gone unanswered for over a century, one that may hold the answer to the modern-day murder.

Filled with remarkable history and musical lore, Paganini’s Ghost plays at a breathtaking tempo that will keep you reading until the very last page. GET IT HERE.

9. Famous Father Girl: A Memoir of Growing Up Bernstein by Jamie Bernstein

The oldest daughter of revered composer/conductor Leonard Bernstein offers a rare look at her father on the centennial of his birth in a deeply intimate and broadly evocative memoir.

The composer of On the Town and West Side Story, chief conductor of the New York Philharmonic, television star, humanitarian, friend of the powerful and influential, and the life of every party, Leonard Bernstein was an enormous celebrity during one of the headiest periods of American cultural life, as well as the most protean musician in twentieth century America.

But to his eldest daughter, Jamie, he was above all the man in the scratchy brown bathrobe who smelled of cigarettes; the jokester and compulsive teacher who enthused about Beethoven and the Beatles; the insomniac whose 4 a.m. composing breaks involved spooning baby food out of the jar. He taught his daughter to love the world in all its beauty and complexity. In public and private, Lenny was larger than life.

An intoxicating tale, Famous Father Girl is an intimate meditation on a complex and sometimes troubled man, the family he raised, and the music he composed that became the soundtrack to their entwined lives. Deeply moving and often hilarious, Bernstein’s beautifully written memoir is a great American story about one of the greatest Americans of the modern age. GET IT HERE.

Have you read any good books this summer? Let us know in the comments below!