A Brief History of the Bass 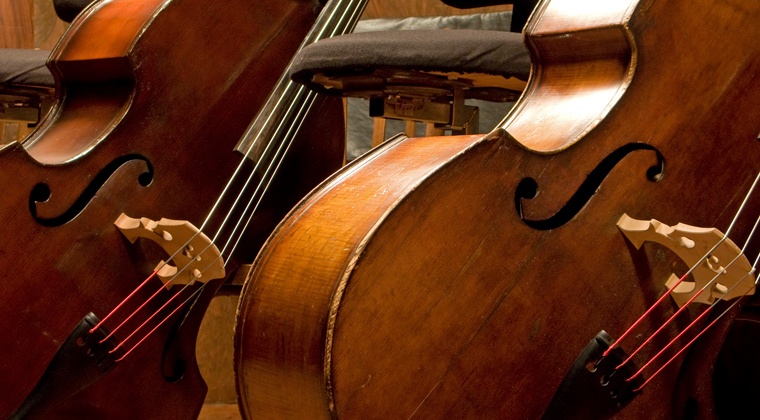 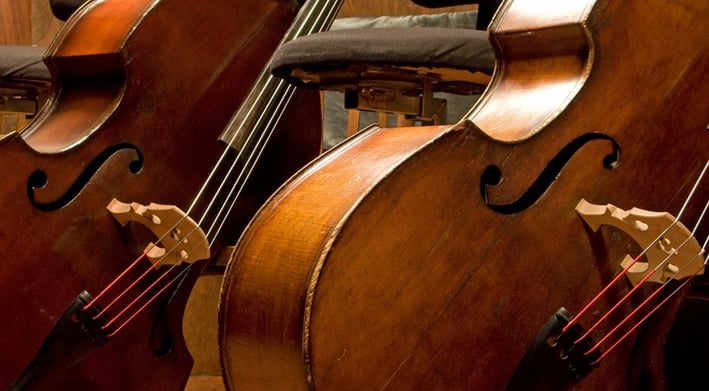 The double bass is the largest and lowest pitched string instrument used in modern orchestras. Sometimes it is called the contrabass, string bass, upright bass, or bass fiddle.

But whether it is bowed, plucked, or played slap style, this instrument forms an integral aspect in many music genres including classical and symphonic compositions, jazz, bluegrass, country and western, and rock.

Yet, when researching the evolution and history of the string bass, you’re presented with centuries of alterations and distinctions that affected its design, dimensions, and tuning, which can make it quite a puzzle. Moreover, different European countries and luthiers each had their own style preferences, so scholars dispute the exact origins of the modern double bass.

Although most hold to the belief that it was developed from the viola da gamba (leg viol), which originated in 15th century Europe, Paul Brun, in his book A New History of the Double Bass, makes the claim that the internal construction so much resembles the violin family of instruments that the double bass probably originated as the lowest register member of that well-known family.

The earliest illustration in the history of the string bass dates from 1516, but written accounts record instances of “viols” as large as a person, and the deep register tuning is notably found first among the viol family. These early instruments were tuned in various ways. Either just using fourths (unlike many stringed instruments that tune by fifths), or by a combination third and fourth tuning, depending on the instrument itself.

However, research has revealed that there were as many as 50 different tunings used during the history of the string bass. In fact, until the tuning of the early 20th century basically solidified the E-A-D-G (lowest to highest), many composers and musicians specifically requested notes lower than the low E. Modern tuning is typically either for “solo” playing (which is a whole tone higher: F#-B-E-A), or the aforementioned “orchestral” tuning.

Early double bass instruments also typically featured various number of strings, some rare examples using up to six, before they were slowly adapted to three, or the more commonly used four string modern instrument. In addition, many early examples included a type of gut fretting that was created by wrapping gut strings horizontally at various intervals along the fingerboard to generate frets at each semitone.

Perhaps the best information available concerning the history of the string bass is recorded by musical theorist Michael Praetorius, who wrote Sintagma Musicum (161-1620). His text reveals a Gross-Contra-Bass-Geige, which is generally held to have evolved into the modern double bass.

Unlike other members of the violin family (violin, viola, and cello), the double bass has never been fully standardized in shape or construction, which means that their appearance and sound is widely irregular.

For example, the two most fundamental outline shapes can be classified as either violin form or viol de gamba form, although lesser common busetto or pear-shaped instruments do exist. The height of the ribs, creating the hollow body, has varied over the history of the string bass and is still subjective today. And, many of the disputes concerning the origins are based on the combination of similarities utilized during the construction of the double bass, such as:

The merging of these two styles allows for much personal taste when crafting this instrument, and offers different playing advantages.

Throughout the history of the string bass, playing styles have adapted to meet the needs of the music. Although originally played using bowing techniques, many modern techniques heavily incorporate some form of pizzicato (plucking or slapping). The slap style is created by pulling the strings away from the fingerboard so that they bounce off the fingerboard, providing both the pitch and beat.

In the early 20th century, recording artists realized that the additional percussive element helped to amplify the projection of the sound and include a stronger bass line within the music, which was very important because of the constraints of early recording equipment.

Understanding the history of the double bass can be a bit of a challenge. And although there are disputes to the actual known origins, it’s good to know that this versatile instrument had its inception along with many others in the violin family, and has today become an important member of all types of musical styles.