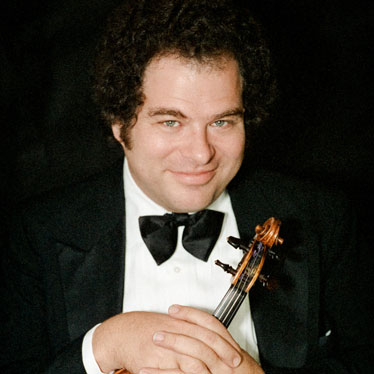 Having almost achieved world-cultural icon status, this next musician has been delighting audiences with his incredible talent for almost 60 years. Itzhak Perlman is an Israeli-American, who since his appearance on the Ed Sullivan Show in 1958 at the age of 13, has become one of the most highly revered classical musicians of our time. His phenomenal talent and artistry coupled with the pure joy that radiates from his performance sets him apart, and has contributed to his status as arguably the most prominent violin virtuoso of the 20th century.

Itzhak Perlman was born in Tel Aviv, Israel on August 31, 1945. Contracting polio at a very young age, Perlman lost the use of both legs when he was four, doctors telling him that he would never walk again. However, despite the early challenges he faced, he completed his early music education at the Academy of Music in Tel Aviv, and he earned an American-Israel Cultural Foundation Scholarship. And, international recognition of his talent was swift after this performance playing Bach Partita No. 3 E Major Gavotteon on the Ed Sullivan Show.

His family moved to New York when he became a student at Julliard the same year, studying with famed master pedagogue Ivan Galamian, and his assistant Dorothy DeLay, among others. Perlman made his professional debut at Carnegie Hall in 1963, winning the prestigious Leventritt Competition (an elite, international contest for classical pianists and violinists) the following year, which catapulted his status as a musician and opened the way for his incredible career.

For more than 50 years, Perlman has been performing as a violinist, and more recently as a conductor, and master music instructor. His incredibly extensive recording career includes works from classical icons such as Brahms, Vivaldi, and Beethoven, as well as contemporary masters Yo-Yo Ma, Emmanuel Ax, and celebrated tenor, Plácido Domingo.

Although you may not realize it, Itzhah Perlman’s musical presence has helped shaped western culture. Having performed with almost every one of the world’s greatest orchestras, including the London Philharmonic, the English Chamber Orchestra, and the Israel Philharmonic, as well as nearly every major American symphony, his exceptional artistry now permeates the classical music genre. One of his most recognized performances, the Theme from “Schindler’s List,” composed and conducted by John Williams can be seen here.

Only a few of his awards and achievements include:

Just last month (March 2016), Perlman celebrated the twenty year anniversary of his popular klezmer music program, In the Fiddler’s House, by announcing a series of comeback concerts with Andy Statman and other special guests from the Klezmer Conservatory Band.

Itzhak Perlman’s life exemplifies excellence. Overcoming difficulties early, he utilized his talent to forge a career that has placed him as today’s most sought after, celebrated violin virtuoso. However, it’s the feeling he conveys while performing, his unique expression and enjoyment that enables him to remain such a beloved artist. His performances, teaching, and humanitarian efforts have made our world a more beautiful place.