How To Create A Program For Your First Solo Performance

Published by StringOvation Team on March 06, 2018 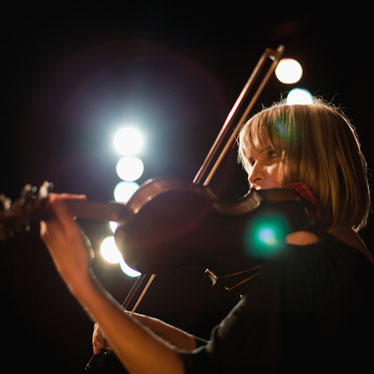 At some point in their music career, musicians will have to plan their own, solo recital. Often it is part of an examination, or it might be a final year recital at a university or music school.

In either case, it's challenging knowing the direction in which to take your recital, which pieces to include and how to order your chosen selections. Here are tips for creating a solo performance program that showcases your unique talents while also engaging the audience.

Speak with the program's director

Schedule a meeting (if you haven't already) with the program or department chairs. Here you'll want to learn everything you possibly can about what's expected of you, as well as the details about the performance and expected recital process.

Consider the goal(s) of the performance

Creating a program designed as a "final" for your music education means highlighting or showcasing your technique and proficiency in ways an "entertainment-only" recital may not. So, keep the "goal" of the performance in mind.

For example, for a final university recital, it makes sense to showcase movements of famous Bach and/or Mozart compositions, perhaps a concerto from the Romantic era, as well as a showpiece of your choice.

On the other hand, if you're creating a public recital, it might work to include an entire sonata or two, with shorter, showpiece encores prepared for the end.

How long will it be?

Obviously, time is your governor when preparing the program. Many universities have stringent time constraints - i.e. your recital should be 45-minutes long, +/- 10%. On the flip side, a public engagement could run as long as two-hours or so.

The time allotted (or restricted) by the recital length, along with the expectations or requirements, will help to guide program selections.

Decide on a continuous theme or narrative

Again, your music school may dictate this for you. The traditional "recital program" for string musicians was one that included your best works, selected from the spectrum of classical music genres - Baroque, Classical, Romantic, 20th Century, Modern, etc.

However, these restrictions (unless specified by your music department) have relaxed quite a bit in recent years, probably because pianists and string musicians were envious of their vocal major counterparts, who were able to create narratives from pieces of music that related to one another.

You might find you have more creative license when it comes to assembling a group of musical compositions that, while demonstrating your technique and proficiency, also reflect your personality or tell (express!) a moving story to the audience.

Other ideas to create a cohesive program with a central "focal point" or nucleus include:

There is no doubt that your personal preferences and passion will make an impact so only include works that you enjoy playing as a musician - rather than only pieces you feel the audience or "judges" will want to hear.

Be inspired by others

If creating a program for your first solo performance is overwhelming for you, consider using online resources to search for recital suggestions by instrument. For example, professional cellist and composer Clancy Newman has sample recital ideas posted right on his website. Violinist Claudia Shaer also features recent recital programs online.

You could also reflect on a recital (or recitals) that were particularly compelling for you and recreate those on your own. While less personal in some ways, using someone else's ideas can take the pressure off - allowing you to focus on the other aspects of pre-recital preparation.

Play to your strengths and unique style

Perhaps one of the most remarkable things about music, and musicians, is that while notes are identical from composition to composition - the nuances of how those notes are played and expressed are uniquely personal to each player.

What are your strengths? What are the unique style characteristics that instructors, friends and fellow musicians notice when you play? Consider expressive traits that are most personally and singularly yours - and then select recital pieces that highlight or showcase them.

Add the element of surprise

Performing a recital with a more free-form or less-traditional format? Don't be afraid to add an element of surprise - playing a piece the audience may never have heard or tell a story about yourself, a particular composer or composition or to play a piece of music they might not have known about.

The most successful recitals are those that combine great pieces of music, talented musicianship and a personal connection forged between the soloist and the audience.