Published by StringOvation Team on November 01, 2016 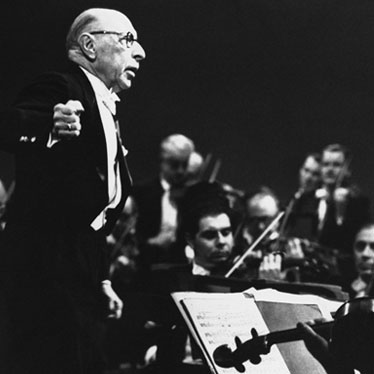 Many music students are familiar with at least one of the works created by Russian born composer, Igor Fedorovich Stravinsky. His unique style and definitive, lively use of rhythm and melody was distinctively appropriate for the times in which he lived, and continually surprised audiences and sparked controversy over the length of his career. He had a peculiar way of writing music for instruments and voices that was extremely influential, and which greatly impacted later musicians.

Learning more about this remarkable man can increase your musical education, but there are many amazing facts about Stravinsky that aren’t included in textbooks. This list of 20 interesting facts were gleaned from two major sources, The Encyclopedia of World Biography and Biography.com.

“Music is given to us with the sole purpose of establishing an order in things, including, and particularly, the coordination between man and time.”—Igor Stravinsky

You can find out more about this composer’s revolutionary life by exploring his autobiography, and Eric White’s collection of his life and works entitled, Stravinsky.