Published by StringOvation Team on October 02, 2017 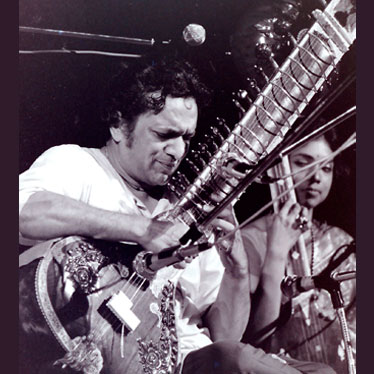 The Indian subcontinent is a big place, home to a multitude of ancient cultures with rich musical histories. The variety of instruments, stringed or otherwise, native to the region is just as vast.

Before jumping into an overview into a small handful of stringed instruments, let’s clarify some terms.  Geographically, the Indian subcontinent is the humongous peninsula that juts out from the Himalayan Mountains into the Indian Ocean. In addition to India and Pakistan, other countries found there includes Bhutan, Nepal and Bangladesh. It’s not uncommon to find localized variations of these instruments both within and across these countries.

Alright, let’s get to it.

The sitar is probably the best known of the Indian instruments in the West due to Ravi Shankar, who became popular with Western audiences in the 1960s. It’s a large instrument with a gourd-shaped chamber at the bass, a long hollow neck made of wood and a second, smaller resonator at the top. The sitar has anywhere from 18 to 21 strings, most of which are sympathetic. Six or seven played strings are stretched over numerous, movable frets. The sitar has two bridges, one each for the melodic and sympathetic strings. Many sitars also have a large ornamental component, with the different body parts decorated with inlaid details or raised carvings.

The current version of the sitar is believed to have been settled in the 18th century, after a couple centuries of growing popularity during the time of the Mughal Empire, which brought Persian and Middle Eastern influences to the subcontinent. The sitar is one of the many instruments derived from another Indian plucked string instrument, the veena.

The veena is the oldest known Indian instrument. It’s been referenced in ancient Vedic texts dating as far back as 1000 BCE. The instrument, which is typically played with the musician sitting on the ground, is seen in Hindu carvings. The Hindu goddess of knowledge, Saraswathi, is often presented playing a veena. Indeed, the standardized version of the veena (the term is often used for other string instruments that derive from it), is called the Saraswathi veena.

This instrument also has a similar shape to the sitar, but presents a lower tone. For this reason, it’s sometimes called a bass sitar, delivering tones anywhere from two to five steps below the sitar. It has four played strings and ten sympathetic strings, but it also has three to four rhythm strings as well. The frets on its neck are wide, which let performers create glissando of six notes. One of today’s most popular performers on the surbahar is Ustad Irshad Khan, whom you can see here. You’ll notice the surbahar, like the sitar and veena, also has visual artistic elements added to it.

This instrument is found primarily in Punjab in northern India. It presents a high-pitched sound from its tiny wood frame, goatskin soundboard, and single metal string. While its origins are in Punjabi folk music, it has a following today in both Indian and Western hip-hop. You can catch a bit of it here.

Look for an upcoming post on the bowed string instruments of India next month.

Above photo: Ravi Shankar at Woodstock, courtesy of Wikicommons, Markgoff2972