Published by StringOvation Team on December 21, 2016 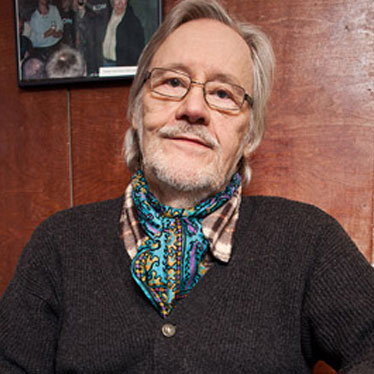 When you think about amazing string bass players, artists like Charles Mingus, Stanley Clark, Victor Wooten, and Dave Holland generally come to mind. The influence these gentlemen have had on Jazz aspirants has been tremendous, having inspired a number of students over the generations. The fact that Jazz music incorporates (and even sometimes depends) on large amounts of improvisation makes it one of the musical arts that truly support and rely on individual expression. This creates a framework that allows artists to express a variety of emotions, using unexplored variations of sound and rhythm.

In this artist profile, we’ll examine the life and art of Finnish bassist Teppo Hauta-aho, whose musical abilities include expressive classical and jazz performances as well as outstanding compositions. And although he is an incredible classical music performer, his work in the Jazz genre is what has solidified his lasting impression on the world. So prominent is his continued impact that it has led to three festivals, including one earlier this year to celebrate his 75th birthday, aptly called Teppo-Fest 2016.

Having composed more works for the double bass than anyone in history, this distinguished musician continues to break boundaries, composing Jazz music that is preformed around the globe. The following information about his life has been gleaned from a number of websites, including heyevent, JazzFinland, and other sites.

Born in Helsinki, Finland on May 27, 1941, Teppo-Hauta-aho trained on the double bass with Orvo Hyle and Ovia Nummelin; and he also studied with Frantisek Posta in Prague. Later in life, he studied at Taideyliopiston Sibelius-Akatemia. However, much of his childhood and teen pursuits are absent from various biographies. He seems to have emerged from obscurity in the mid 1960’s while playing with the Helsinki Philharmonic and the Tuohi Quartet. A band that won the Association of European Radio’s band contest in 1971 while he was a member.

However, by that time, Teppo Hauta-aho was already becoming a notable musician, recording with artists Edward Vesala and Junnu Aaltonen. And, it was his remarkable abilities as a string bassist that earned him a spot on the Finnish Opera Orchestra in 1975. A position he held for over 25 years.

Although it’s a toss up to determine whether Teppo Hauta-aho is best loved for his bass playing or composition abilities, both are truly extraordinary. A member of the Helsinki Philharmonic from 1965-1972, he performed both classical and Jazz music. While performing as a recitalist, he and his duo partner, Carita Holmstrom have delivered over 300 well-received appearances.

A notable leader in the free Jazz genre, he has always trusted his own instincts when playing and composing music. Finnish composer Harri Wessman has written that:

“As a composer, Teppo Hauta-aho has always been his own teacher, basing his technical knowledge on his wide practical musicianship as an orchestral player, chamber and jazz musician. It would not be an exaggeration to claim that he was the jazz bassist most in demand in Finland in the 1970s, and a few of his works are pure jazz compositions. But the compositional techniques and musical means used in the majority of his works originate in an unusual openness for any devices. Along with modern techniques, his source of inspiration include all the previous stylistic periods in European music, impulses from Oriental music and, of course, jazz. His own instrument, the double bass, has profited especially from his rich inventiveness in finding new means to conjure forth unusual sounds from the instrument, and in applying them in an artistically meaningful and striking way." [Quote taken from Spartan Press]

These types of accolades surround great string bass players like Teppo Hauta-aho, who is probably best recognized for his composition “Kadenza.” (See it performed at the Bass 2012 convention in Copenhagen, here, courtesy of The Strad) This single composition is widely hailed as a twentieth century classic, being one of the most popular contemporary works for double bass performed world-wide. It has achieved almost “cult-like” success.

In addition to his recordings and performances, Hauta-aho has written over 300 works for the double bass. The compositions range from beginner to virtuoso level in difficulty, so any bassist can try them. His remarkable ability for improvisation is simply phenomenal. Just listen to a live recording of the premiere of "Why?" as he plays with bassists David Heyes, Jani Pensola and Peter Leerdam, which was composed after the death of the Romanian virtuoso, Ovidiu Badila.

Teppo Hauta-aho has truly impacted the twentieth century with his music. Learn more about where to see and hear this prolific bassist and composer by visiting his Facebook page, or by purchasing some of his work to try out for yourself.