Published by StringOvation Team on July 20, 2018 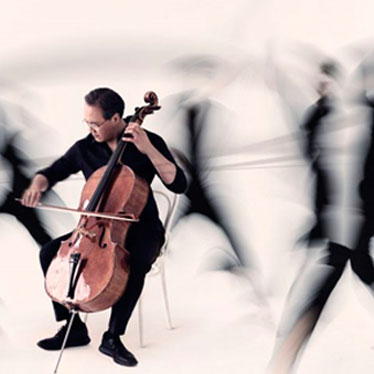 Yo-Yo Ma is unquestionably today’s most accomplished and influential cellist. From his debut as a seven-year-old performing for President Kennedy, Ma has made an impact on the music world. As proficient as he is on the cello, he's never been content with merely performing. Throughout his career, Ma has actively sought to bring people and cultures together through music.

One of his earliest projects in this regard is the Silkroad project. Ma founded this project dedicated to “radical cultural collaboration” in 1998.

The mission of the Silkroad project is to use music and the arts to build "new capacity for connection and understanding…" The Silkroad project also commissions new works, holds professional development workshops and learning programs all over the world. The organization runs its programming with its collection of global musicians, including those performing as part of the Silkroad Ensemble.

The Silkroad Ensemble won a Grammy in 2016 for its album Sing Me Home, which was produced as an accompaniment to 2016 documentary feature about the Silkroad, The Music of Strangers.

Ma’s history with the Bach Suites

Ma’s current project is a multi-year global tour where he’ll perform the complete Bach Cello Suites. This tour kicks-off in August 2018, along with the release of his latest album, Six Evolutions – Bach: Cello Suites (Sony Classical) on August 17, 2018.

Bach’s iconic work has been part of Ma’s musical development from the very beginning. Ma learned the first measure of the Prélude to Suite No. 1 when he was just four. By age five, Ma had memorized three of Bach’s suites.

He first recorded the complete cello suites, The Unaccompanied Cello Suites,  in his late twenties, during a time of significant personal change. He'd recently had major spinal surgery, and he and his wife were about to have their first child. Ma went in a completely different direction with his second recording of the complete suites, titled Inspired by Bach and released 14 years later in 1997. In this second album, Ma collaborated with a range of artists in different fields, from choreographers to a garden designer, to create a multi-disciplinary exploration of Bach’s works.

With Six Evolutions, Ma returns one last time to Bach’s cello suites. He says, “This will be my last recording of the suites, it is also the first step in a new journey with this music, to share it with people seeking equilibrium and solace at a moment of unprecedented change.”

Reflecting on the role this music has played throughout his own life, Ma asks, “What power does this music possess that even today, after three hundred years, it continues to help us navigate through troubled times?”

Thus, the global tour is integral to Ma’s goals for this final Bach project.

“I share this music, which has helped shape the evolution of my life, with the hope that it might spark a conversation about how culture can be a source of the solutions we need. It is one more experiment, this time a search for answers to the question ‘What can we do together, that we cannot do alone?’ I invite you to join me on this adventure,” Ma explains.

The tour will visit six continents. Just as with the Silkroad framework, each concert will be part of a more extensive program of community events designed to bring people together through the music. Ma is hopeful that Bach's cello suites will reach its largest and most diverse audience through this tour, and that through Bach's music, audiences will be touched by its universality and “reconnect us to our common humanity.”

Ma begins the tour on August 1, 2018, at Red Rock, followed shortly with a performance in Cuyahoga Falls, Ohio as part of the Cleveland Orchestra's Blossom Festival on August 12. Full tour dates are available here.

Above image from the album Six Evolutions, courtesy of www.yo-yoma.com