Published by StringOvation Team on June 22, 2017 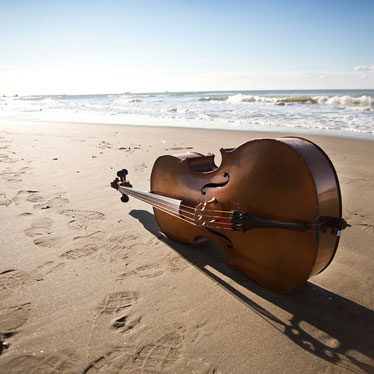 Summer has begun in earnest. In case you didn’t get enough inspiration from our first list of the “Top 11 Music Events You Shouldn’t Miss this Summer,” we’ve got more. Because really – can there ever be too much music in your life?  Yeah, we don’t think so either.

This beautiful city sitting amidst the Sangre de Cristo Mountains is a magical place to enjoy music. The summer music festival, which runs from July 16 – August 21, 2017, has earned a well-deserved reputation as a premier chamber music event. This summer’s artist-in-residence is countertenor David Daniels. The festival is also featuring some Baroque works and some lesser known works, including Bruch’s String Octet.

Starting July 1, this festival concludes on July 21 an “All Bernstein Evening: An Early Celebration of Bernstein’s 100th” In between, there are performances by the Calidore String Quartet, cellist Zuill Bailey, and violinist Tim Fain. The festival’s tag line is “celebrating classical music,” which you can do in the Pacific Northwest town just 50 miles south of Vancouver, British Columbia.

This festival, which takes the first two weeks of August every year in Northern California, is focused squarely on promoting contemporary symphonic music. The organization runs a student staff program both before and concurrent with the festival that includes free masterclasses with festival musicians and an opportunity to perform in the festival’s Student Staff Ensemble Concert. You can learn more here.

Sure, you could go to Leipzig for their Bach Festival, but why when you can get your Bach fix in Carmel, California? The CBF began in 1935 and has been celebrating the life and works of Bach ever since. In truth, you’ll hear a lot of composers in addition to Bach. Programs like “Bach in the Cathedral: Mixed Doubles” and “Bach and the Violin” include other composers such as Vivaldi, Mozart and Ysaye.

Held at New York City’s Lincoln Center, this festival runs from July 25 – August 20, 2017. In addition to Mozart, you can see violinist Gil Shaham performing Tchaikovsky’s Violin Concerto with a bit of Prokofiev and Mozart included. The festival also includes plenty of Brahms, Beethoven and Schubert. You can keep up with the festival through its #MostlyMozart hashtag.

#6. Music Academy of the West Festival

This academy-sponsored festival has already begun! It closes August 5, 2017. Staying true to its roots, the festival includes several masterclasses and other educational evenings to complement the performances. It also has several free events. If you couldn’t get to the Santa Barbara summer school, they live streamed the “Classical Evolution/Revolution” conference held on June 19-20, 2017, which you can see.

The SCMF lasts most of July, from July 3 – 28, 2017. For the run of the festival, the Seattle Chamber Music Society hosts a podcast with festival musicians as guests. You can subscribe to the podcast here. It also hosts open rehearsals one day each week if you can’t swing a ticket. It also has student pricing for tickets, so check that out as well.

This summer festival has a diverse program, including classical works as well as big band and popular music. Trekkies will be particularly interested in the viewing of Star Trek (the reboot) accompanied by a live orchestra performing Michael Giacchino’s score. Each summer, its grand finale program is a night of opera. This summer’s finale is Strauss’s Salome.

Another option for you Midwesterners! This festival is in Door County, Wisconsin, which means casual dress is welcome. It runs from August 1 – 19, 2017. Dvorak is this year’s main program source, but there are also works by Mozart, Strauss, Shostakovich and the Three B’s scheduled to be performed. If you’re a fan of Arthur Fiedler, there’s one evening dedicated to him and the Boston Pops.

We may have mentioned this festival in a previous post, but it’s worth a second mention! The Ravinia Festival in Chicago’s Highland Park, is the oldest outdoor festival in the United States. It is also one of the most musically diverse, presenting over 140 different events throughout the summer. These concerts run the gamut from Yo-Yo Ma to John Legend to the annual summer residency of The Chicago Symphony Orchestra. The 36-acre park is nestled in a gently wooded area that makes it an enchanting place to experience music. Guests can bring their own picnics or eat at one of the many park restaurants. Children up to age 15, high school, and college students are admitted free to the lawn for classical performances. There are many highlights you can view here, but don’t miss Joshua Bell on July 12, Pinchas Zukerman on August 3, and view the Lord of the Rings trilogy of films with scores performed live with the Chicago Symphony Orchestra on August 18 through 20!