Published by StringOvation Team on April 19, 2018 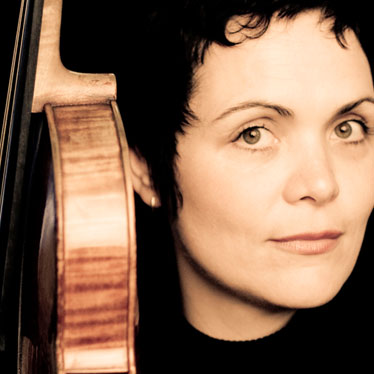 Committed violists deserve three cheers. You're remaining true to yourself and your musical passion (see habit #1 below) - playing an instrument whose deeper, resonant, and honeyed tones make it increasingly popular on the solo circuit.

Sometimes, the greatest musical inspiration comes from watching, studying, and admiring the celebrity soloists who currently shine onstage and in the studio. Learning their tricks of the trade can help you develop your own healthy habits. We've curated some tips and habits for becoming a successful violist in your own right.

Habit #1 - Be True To Yourself and Your Passion (William Primrose)

The majority of contemporary, celebrity violists list William Primrose as their inspiration because he is considered the reason violas are now viewed as a worthy solo instrument.

Primrose is the only posthumous member of this list, but he is well-worth mentioning because his "habit" was one of remaining true to himself, making the jump from solo violinist to solo violist - a jump that was highly controversial at the time.

Born in 1876, Primrose had such a natural gift as a violinist that he struggled to remain engaged, even as a scholarship student at Guildhall School of Music in London. In his memoirs, Walk on the North Side, Primrose recalls having a musical crisis of sorts because the sound he was truly in love with was that of the viola.

"When I am playing the viola," Primrose confessed, "I feel a sense of oneness with the instrument that I never felt when playing the violin." This commitment to himself, his internal instincts and his passion allowed him to take the viola to unforeseen public heights, enjoying a successful concert and recording career as a result of being true to himself.

As a beginning or intermediate viola player, you may feel beaten over the head by the perpetual scale work required of you during practice sessions and classes. Rather than despair, heed the words of famous Japanese violist, Nobuko Imai.

Imai began playing the violin at age 6. By age 10, she began studying under a strict teacher who was deeply ingrained in the Russian school of string playing - and used the Auer's scale method, which is very rigid. Nobuko Imai remembers, "...I did endless double-stops on thirds, sixths and octaves. I would do two keys a week, and I think I spent about an hour a day doing this."

While the scales were exhausting, relentless, and seemingly pointless at times, Imai goes on to say, "Actually it was the best thing I ever did. It's not a complicated system, but it means that the first and third positions are in tune, and this stays with you."

Her words are proof that fundamentals really are worth your focus, and will serve you throughout your musical journey.

Playing the viola means you will be a performer - plain and simple. In some cases, it may only be in large group formats, but chamber and potential solos mean you may have to stand out on your own at times. To this end, German violist Tabea Zimmermann recommends creating habits to eliminate stage jitters.

Zimmermann says concert-related nerves are often irrational and ridiculous things like, "I haven't practiced enough" or, "I can't play this part," even when you have, and you can. To that, Zimmerman offers:

"...look in a mirror just before the performance and say to yourself: ‘You have prepared as well as you possibly can.’ Let go – accept there will always be room for improvement...but you’re on stage to enjoy the music and communicate it to the audience and your colleagues...Breathe slowly and be patient – this formula may take several minutes to start working but, for me at least, it does always work."

Habit #4 - Don't Be Too Habitual or Ritualistic (Lawrence Power)

That being said, the young, dynamic Lawrence Power advises that habits and rituals can become destructive if they prevent musicians from being flexible. When asked in an interview about his own "rituals" for reducing nerves or jitters, Powers replied:

"I really try to be relaxed about that. When you travel all over the planet, and you find you can’t keep to your rituals, it would be quite unnerving, if you’ve come to depend on it...That kind of flexibility is important for a musician, rather than routines."

So, while habits are often healthy, practicing flexibility is also a "healthy habit."

American-born Kim Kashkashian has a personal, unique hold position. She supports the neck with the base of the thumb, wrist bent in, hand almost parallel to the neck.

Kashkasian has strong opinions about hold technique and says, "If you use your hand in the normal way, that’s the way you’d grab any object, with the fingers closed—and that’s how you should hold the fingerboard. It’s the closure of the hand that counts. I always have my students make that natural closing of the fist. And the wrist position is also part of my theory. Usually it’s bent out slightly, but you actually get the best leverage, with the least muscle contraction, if it’s bent in a little."

She continued, "I must admit, though, that only about 50% of my students can make use of my technical ideas. It depends on the shape of their hands. My teacher, Karen Tuttle, had a completely different hand position. I took her principles, her ideas of what was available to me in terms of flexibility and comfort, and then used what worked for my hand. That’s the only thing you can pass on."

Working with your own body dynamics, in combination with solid hold and postural techniques, will help you develop a comfortable and personalized playing style and sound.

Who are your favorite celebrity violists? Look for them on YouTube and online, try to attend a live concert if you can, and use their playing habits as inspiration for your own.