Published by StringOvation Team on February 06, 2018 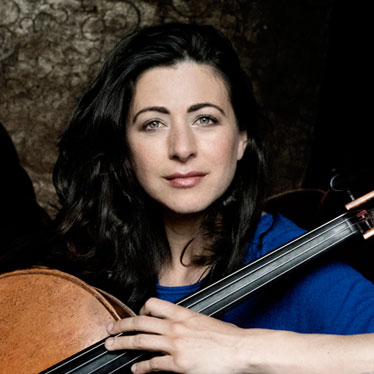 In 1987, Natalie Clein made her first public performance at 10 years of age, in a church hall in the English county of Dorset, where she was born. She’d been playing the cello for four years by then, influenced by her mother who was a professional violinist. She studied under a number of prominent British cellists as a student at the Royal College of Music, as well as with Austrian cellist and conductor Heinrich Schiff in Vienna.

From that early church performance, Clein enjoyed a more public success when she won the BBC Young Musician of the Year competition in 1994, when she was 17 years old. She would go on to win the Eurovision Competition for Young Musicians that same year, performing the same work she did for the BBC competition: the Elgar Cello Concerto. Three short years later, she made her concert debut at The Proms, performing Haydn’s Cello Concerto in C Major with the National Youth Chamber Orchestra of Great Britain.

Recording and performing all over the world

One of her most well-known recordings is her 2012 album Bloch: Voice in the Wilderness; Schlomo; From Jewish Life; Bruch: Kol Nidrei, performed with the BBC Scottish Symphony Orchestra under Israeli director Ilan Volkov to great critical acclaim. Her latest album is from early 2017, Bloch, Ligeti and Dallapiccola, focusing on suits for a solo cello.

Clein performs with a “Simpson” Guadagnini cello (1777). In contrast to many musicians who perform with great instruments loaned to them, Clein is part owner (along with 20 other people) of the famous cello. Although she considers herself more guardian of the cello, than owner.

In addition to orchestral and chamber performances, Clein contributes her talents as a musician to numerous mixed disciplinary artistic endeavors. For example, she accompanied dancer Carlos Acosta onstage, as he danced. The Guardian described their pairing:

“… the evening's most intense rapport is that between Acosta and the cellist Natalie Clein, who provides the onstage accompaniment to Jerome Robbins's A Suite of Dances. Created in 1994 for Mikhail Baryshnikov, the work is a danced response to four movements from one of Bach's suites for solo cello.”

She also participated in “A Room for London” arts project, which spanned 2012. The room was a small bedroom apartment high above London created as a study in modern architecture in the busy city. Arts organization, Artangel, arranged for a variety of artists to stay in the room and create solo works or performances inspired by it. Clein’s contribution was this montage of cello sonatas and concertos, that runs from Bach to Britten to Kurtág.

Natalie was an appointed Artist in Residence and Director of Musical Performance at Oxford University in 2015, for a four-year stay. As part of her duties, she’ll curate a concert series, as she’s done for the BBC and in her role as artistic director for the Purbeck Chamber Music Festival. Clein described her interest in the university and the role this way:

“Ever since I first visited Oxford as a student and then later as a professional cellist performing at the Sheldonian, Holywell and Jacqueline du Pré, it has occupied a place of great significance in my consciousness, both intellectually and artistically. So it is with great excitement that I take on this newly created position. My ambition over the next four years is to bring students, international artists and academics from across the cultural spectrum together in dialogue and a spirit of discovery.”

Clein continues her varied performances across the globe; a career begun with competition success. Are you applying for competitions?