What To Look For When Choosing Cello Strings

Published by StringOvation Team on February 13, 2018 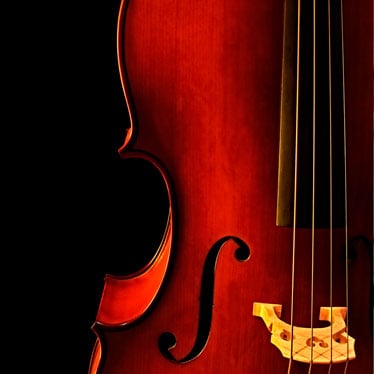 Choosing the right strings for your cello starts out as a journey and winds up with players developing a well-found knowledge of the various string options and what they prefer for their instrument and playing style.

Over time, and by trying different strings out, you'll begin to get a sense for the strings that feel and sound best when combined with your instrument and playing style.

The Basics About String Type and Gauge

The strings for violin, viola, and cello are divided into three categories:

These strings are made from the gut lining of sheep. Gut strings were the only strings available for the first several centuries of string instrument existence. Known for having the warmest sounds - and considered the most complex and with rich overtones - gut strings are almost exclusively used by professional classical musicians.

The other side of those rich, complex tones is that strings made from gut take the longest to settle in on your instrument. They are more sensitive to variations in temperature and humidity than other options and are known to slip out of tune easily. If you're newer to the cello, gut strings are not the best option for you because you need to have a very keen ear and attention to detail in order to manipulate and play these strings consistently and with expertise. Also, gut strings aren't as long-lasting as steel core or synthetic core options.

Another consideration when it comes to sound is that gut core strings are slower to respond and have much softer tones, which means they aren't as suited to the cello unless you're playing a baroque instrument and/or are looking specifically for that sound in your music.

Also referred to as "all metal" strings, steel core strings are made from straight or twisted metal wire. They are the most durable of all the cello string options and are also the most stable. Steel core strings provide stable pitch and are known for producing the highest volume.

They are the preferred string for most jazz, country or folkplayers - who need a crisp, loud and consistent sound to shine through the other instrumentation. They're also the ideal choice for electric cellos. Since steel core strings are the least expensive of all the options, they're also a wise choice for beginning players and students - much easier on the budget.

These strings were invented in the 1970s in an effort to replicate the tones produced by gut core strings without all of their inconsistencies. As a result, synthetic core strings sound wonderful, settle in after just a day or two, and are not nearly as sensitive to temperature and humidity fluctuations.

Synthetic core strings are made using a synthetic fiber, Kevlar, or a type of nylon, Perlon. These materials are wound up outside the core with an amalgam of metals - such as chrome steel, aluminum, tungsten, silver or gold.

All of the above

The longer you play, the more you'll notice that cellists often choose to mix-and-match their strings. The most common variation is to have synthetic strings on the bottom and metal strings on top.

Over time, and with practice, you'll get a feel for the combination - or not - you prefer in order to produce the best sounds from your cello.

String type is the first category, quickly followed by string gauge. The gauge refers to the thickness of the string. Cellos strings are usually made in light, medium or heavy options - but some companies offer different variations that are notable via different gauge numbers.

As you can imagine, thicker strings are known for producing richer tone, but they have a slower response time. Thinner strings have faster response but will produce a lower-volume and thinner sound.

Unless you're looking for a very specific sound, for a specific piece of music, you'll probably follow the lead of the majority of cello players, who select medium-gauge strings for everyday practice and playing.

Again, it takes a bit of trial and error - not to mention experience and musicianship - to really land on the strings, or string combinations, that feel and sound best for you. Check out Thomastik Infeld’s helpful video on choosing the best combination. Once you've found them, know you'll be changing strings about every six months to keep their brilliance. Happy Stringing and bowing!