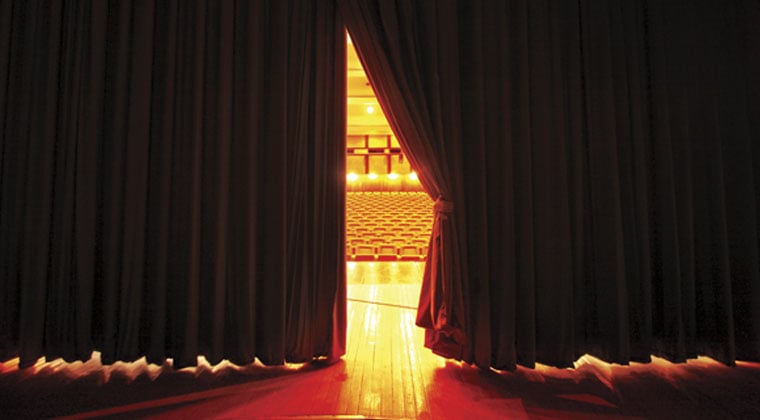 How to Develop Your Stage Presence

Have you ever wondered how some musicians become so well-known in the competitive world of music, while others simply fade away? These are the superstars who shine so bright they are famous by the time they publish their first album. There has to be a secret. Actually, it’s relatively simple:

Not only does it take sheer talent and hard work to reach the top; it takes an outstanding stage presence to bring your performance to life.

Stage presence is that energy, or charisma and appeal, that an artist has while performing in front of others. He or she has mastered the craft of playing an instrument, singing, or acting out in a unique fashion something meaningful to the audience. Think of the Tina Turner’s, the Luciano Pavarotti’s, and the Ray Chen’s of the world and you'll get the idea. These are people who can merely step on stage and people are jumping out of their seats in anticipation.

Having a strong stage presence is not for the faint of heart. It’s not about hiding behind that oversized cello or shrinking into a back row behind the drum kit. A stage presence is about being in your element as a musician, sharing the best of yourself and other artists around you.

How can you develop this stage presence if you are already a little fearful in front of others? There are some ways to improve your performance and your presence, by listening to the advice of some of the great music artists who have been where you are now.

Be free to tell your story on stage

When you walk onto a stage, it’s about being vulnerable. David Byrne, front man of Talking Heads said in the book How Music Works, “In musical performances one can sense that the person on stage is having a good time even if they're singing a song about breaking up or being in a bad way.” He added, “You can be transparent and reveal yourself on stage, in that moment, and at the same time be the person whose story is being told in the song. Not too many kinds of performances allow that.” Don’t be afraid to be transparent and let people experience your story – you are inspiring the audience!

Whether you play in a small quartet or as part of an orchestra, there are ways to create a stage presence that’s all your own. For example, you may be required to wear traditional black-tie attire during a performance, but you can also wear a colorful necktie or interesting shoes to stand out. Some of the world’s most incredible performers have garb or hairstyles that are “out there.” While you are having fun, keep performing to your highest standards.

Be aware of your body and breathing

Patsy Rodenburg, a voice and acting coach with London’s Guildhall School of Music and Drama, told The Strad that oftentimes, string players have trouble remembering how important their breathing systems are. She said, “There is a connection between how a player breathes and the sound they make: you can hear the difference in quality when you take a proper breath while you’re playing.” She recommends being mindful of posture, sitting straight, and breathing regularly to improve performance and presence.

Connect with the audience

This can be incredibly intimidating for any stringed instrument player, especially if you are used to be in the background or just practicing with peers in a safe practice space. But, if you want to develop a stage presence, you will need to step outside of your comfort zone and into the spotlight. How do you do this? Connect with the members of the audience. Make eye contact with individuals, acknowledge cheers, smile at others and be friendly. If you have your own group, be sure to keep it personal by introducing yourself and your fellow musicians to the audience. Be willing to meet and greet audience members after the event.

Be passionate about your playing

A great deal of developing a strong stage presence is about demonstrating your passion for playing a musical instrument. Yvonne Caruthers, Professional Cellist mentioned on Quora that, “Charisma is not something which can be added to make a performance better, it exists because a performer believes strongly in what s/he is doing.” She added, “If the music you are playing means something to you, and you play it to the best of your ability, your audience feels your involvement.” Caruthers also shared that it doesn’t matter where you perform, because you will keep learning the more you do.

Think about where you are now and where you would like to be three, six, or twelve months from now. Take baby steps to develop a better stage presence by following the above tips. 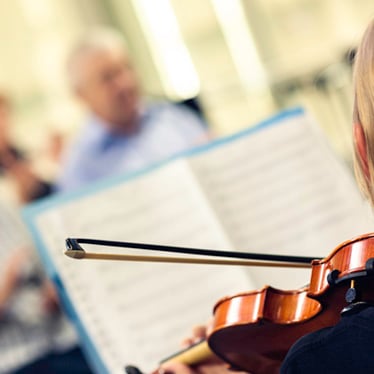