Published by StringOvation Team on March 28, 2017 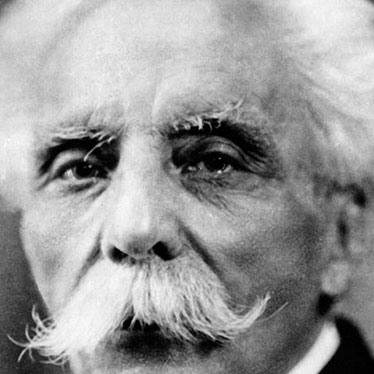 While names like Mozart and Beethoven are instantly recognized regardless of whether one is a classical music fan, Gabriel Fauré is rather more obscure except to music students and professionals. He was 79 years old when he died in 1924, with his career spanning from the Romantic Period into the Modern Period.

Fauré is widely considered one of France's greatest composers. Two of his most well-known works are the choral-orchestral "Requiem" and vocal piece "Après un Rêve." He was as regarded for his personal nature as he was for his work, both of which are often described as "gentle and refined." Even so, he employed disruptive harmonies and modulations, which greatly influenced future composers.

Indeed, his willingness to layer in new modes on top of classical foundations is seen in the profound changes he made to the curriculum as head of the Paris Conservatoire once he was appointed in 1905. He not only brought in independent judges to participate in judging admissions, competitions, and examinations, he expanded the range of music being taught.

Curious to learn more about Fauré? Read on.

Most of his composing was done during July and August, when school year was out and he could leave Paris. He most enjoyed composing by Swiss lakes. He first visited Switzerland in 1871, when he went to visit one of his brothers, who lived in Rambouillet. At the time, Fauré sought to escape the violence in Paris following the defeat of Emperor Napolean III and the collapse of the French Second Empire.

The information here is has been sourced from Classic Cat, Biography.com, and Classical.net.