Published by StringOvation Team on January 11, 2017 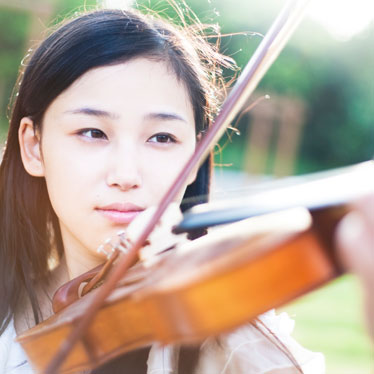 The violin occupies a prominent role in classical music because of its ability to produce a range of transcendent sounds. And naturally, once you get past twinkle variations, beginner and intermediate students are generally trained to play a variety of classical compositions. Yet, this type of learning structure can actually (eventually) stifle your progress. When you get used to playing a certain style of music, the techniques that are necessary for other music genres tend to be absent from your repertoire.

For violin students who want to expand their abilities, one of the best ways to accomplish that goal is to move out of your classical music comfort zone. There’s a vast amount of music available for you to explore that will both challenge and sharpen your skills. By discovering other music styles, you’ll become a more rounded violinist, improving your overall performance capacity.

Interestingly, the U.S. has a unique place in modern music history. Jazz, Rock, and Bluegrass music originated in our melting pot and offers some of the best ways to increase both your knowledge and execution on the violin. With each new style you try, first listen to some examples of the music, then visualize yourself playing it before you actually grab your bow to give it a try.

Bluegrass music has its roots in the mountain culture of Irish, Scottish, and English immigrants who came to America in the 1600’s. The Bluegrass Heritage Foundation explains that with the invention of the phonograph and the early radio at the turn of the 20th century, music that was largely enjoyed in homes in the Appalachian Mountains began to be broadcast throughout the country. The name “bluegrass” is largely attributed to Bill Monroe, who as a native of Kentucky (Bluegrass State) formed his own band in 1938 and called it “Bill Monroe and the Blue Grass Boys.”

By creating a very powerful sound using only acoustic instruments and distinctive vocal harmonics, it formed a new style of “traditional” country music. In fact, Monroe is now regarded as the “Father of Bluegrass Music.” When Lester Flatt and Earl Scruggs joined the band in 1945, Scruggs’ unique style of banjo playing was eventually called by his name. And that duo later formed the “Foggy Mountain Boys.” Try these classics on your “fiddle”:

“Sweet Jenny,” Palme Loux. This sheet music is free and you can listen to it first here.

“Dog’s in the Dishes,” Greg Canote. Listen to this song here.

You’ll notice that these songs largely feature repetition, so you really only need to learn a few measures at first. The thing to focus on when playing bluegrass is the timing and the stops. You can also view other bluegrass greats like Allison Krauss, Ricky Skaggs, or the Stanley Brothers (“Mountain Dew” is a must) on YouTube.

Jazz music is another American contribution to the world that was a result of culture and immigration. PBS and Ken Burns recently created an in-depth look at Jazz music from a historical perspective, calling it “the quintessential American art form.” The movement that started in New Orleans in the early 1900’s (much like Bluegrass), quickly spread to Northern cities and from there has spread throughout the globe. Because both of these genres utilize improvisation and often rely on the performer’s expression, learning to play this type of music will help you improve your artistic capabilities.

Although early Jazz examples focused mainly on reed instruments and horns, this genre’s evolution has come to encompass a variety of strings. And since so much one's own personality and feelings are predominant in Jazz music, it provides a wonderful outlet for violinists. These titles offer a great beginning for violinists who’ve never delved into this musical realm.

First, if you have time, watch the episodes of the PBS documentary here.

Jazz Violin Melodies is a free collection of songs available by the DC Music School. Titles include, “Dark Eyes,” “All of me,” and “Lady Be Good” among others. This is a great option for beginners who want to get out of their comforts zones because it includes a free download of backing tracks, recorded at 100 and 150 bpm.

“Ain't We Got Fun,” R.A.Whiting. If you aren’t familiar with this classic tune, listen to it here.

“Peacherine Rag” by Scott Joplin. Any number of songs by Joplin will offer you a good introduction to jazz, although this style is more likened to ragtime (a variant of Jazz).

Don’t stifle your progress by ignoring other genres of music. Try a few of these ideas, or try some more recent music examples. Your playing will improve and you never know, you may find your new favorite style.