Published by StringOvation Team on June 01, 2017 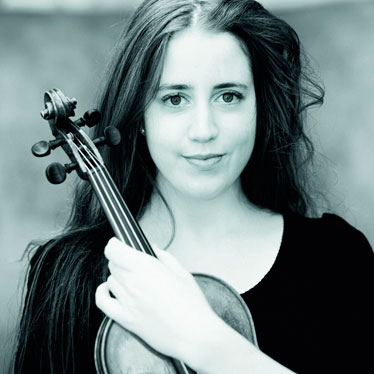 Vilde Frang has been an acclaimed violinist since she was a young girl in Oslo. She continues to rack up an impressive array of performances and recordings. The Guardian described the arch of her career as “prodigy to virtuoso,” and she’s not yet close to finished.

She was born in 1986 in Oslo, Norway to a musical family. Her father and her sister both play the double bass. Vilde told The Guardian that she expected to play the double bass as well and was rather disappointed to be playing such a small instrument when her father insisted she take up the violin. Her father explained to her that the family car couldn’t handle a third double bass. Vilde hated the violin…at first. She explained, “I had in my head an idea as to how I wanted things to sound and this thing hardly made any sound at all."

Vilde adapted and began her career quite young. Here are some early highlights:

In the early years, Vilde studied at Barratt Due Musikkinstitutt in Oslo, but then moved to Germany to continue her education.  She studied with Kolja Blacher at Musikhochschule Hamburg and Ana Chumachenco at the Kronberg Academy. She was also mentored by German violinist Anne-Sophie Mutter.

She signed an exclusive record contract with Warner Classics and has released five albums with the label.

Vilde was unanimously awarded the Credit Suisse Young Artist Award in 2012, making her debut with the Vienna Philharmonic under Bernard Haitink at the Lucerne Festival. Some of her other impressive performances include:

Vilde performs on an 1864 Jean-Baptiste Vuillaume violin, one of two violins made in that year still in existence. The other 1864 Vuillaume is on display at the Musee d'Art in Geneve.

She is spending the 2017 summer touring in Europe. In addition to her performance schedule, Vilde is also a professor at the Norwegian Academy of Music. If you want to hear Vilde talk about her life and her music in her own voice, check out this video here, which includes some clips of her performing.