Musical Styles: What Is Classical Music In China?

Published by StringOvation Team on July 17, 2017 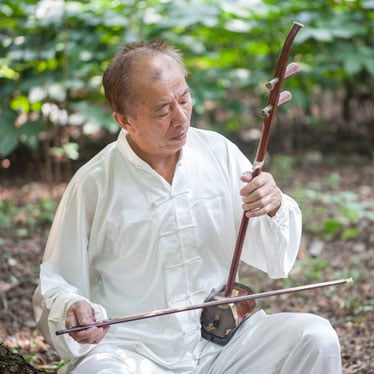 With over 4,000 years of history, China has developed a rich and complex musical legacy. The Imperial Music Bureau was established during the Qin Dynasty, somewhere between 221 – 207 BCE. Yet that was already well after a Chinese musical culture had developed. Yayue (“elegant music”), a style of ceremonial and court music, was part of China dating from the Zhou Dynasty (1122 – 256 BCE). Eventually, a second style of classical Chinese music developed, often called “literati.” These two sophisticated musical styles grew in the courtly and imperial communities, as well as monasteries, of historical China, while a diverse collection of folk music was created in the provinces. These classical forms of music were kept to imperial court and elite society, yet the Imperial Music Bureau was active in encouraging the development of and recognizing folk music too.

Before diving too deeply in the differences between yayue and literati classical music, let’s look into Chinese musical theory and instruments.

Theory and structure of Chinese music

Philosophically, classical music was understood by Chinese philosophers to be music that harmonizes nature and achieves a certain cosmic alignment. The highest form of music was intended for personal, spiritual development, which accounts for the slow, meditative sound of typical literati compositions. All well-born, well-educated Chinese would have been taught to compose and play instruments.

In spoken Chinese, the meaning of a sound changes based on the tone with which it’s spoken. The sound of classical Chinese music reflects the tonal quality of the Chinese language. Since instruments can achieve more nuanced and subtle tonal gradations, music is understood as a more refined, delicate expression of human emotion.

The earliest Chinese music system was a 12-tone scale based on the pitches, called “bells,” of a bamboo pipe, one of its oldest instruments. It moved to a pentatonic scale derived from a cycle-of-fifths theory by the seventh century BCE. From the beginning, Chinese music connected each tone to one of the five elements of nature (earth, wood, metal, fire and water).

Classical Chinese music is primarily heterophonic, where the same melody is repeated in multiple variations.

Traditionally, China has classified its instruments into eight groups (bayin), based on materials used to create them. The eight material groups are: animal skin, gourd, bamboo, wood, silk, earth/clay, metal and stone.

The oldest known Chinese instrument is the bamboo pipe. String instruments are considered part of the silk bayin since that was the material to string the instrument. One of the earliest string instruments is the qin, a zither-like instrument. Today, a seven-string form the instrument, called a guqin, remains quite popular. Here’s a sample of a contemporary master, Prof. Li Xiangting, performing a classical literati work Flowing Water on a guqin.

Because instruments are classified by material, instruments that might seem part of the same family in the Western tradition, have different classifications in the Chinese tradition. For example, a percussion instrument made with animal skin, like a dagu (large drum played with sticks) is one category, while a fou (clay pot hit with a single stick) is in another.

Contemporary Chinese orchestras are organized along the same lines as Western orchestras in terms of group and seating arrangements of the instruments. The difference is the exact instruments being played. So a Chinese orchestra has a woodwind and strings section (which is typically broken up into bowed and plucked sections), but you’ll rarely find oboes or violins.

Differences between yayue and literati styles

The respective roles of yayue and literati classical music are entirely different, which is reflected in the musical style and instrumentation. Yayue was the music of the imperial court and monasteries. Played by orchestras with hundreds of musicians, it was used in rituals, and ceremonial and military proceedings.  The style is highly percussive with wind instruments used for melody. String instruments may be used, but weren’t the focus of the yayue repertoire. You can find samples of yayue music here and here.

In contrast, literati music is performed by a single instrument or small ensembles. It was a private affair, performed in people’s homes or small public gatherings at tea houses. Here, the strings are central. This is an example of the more chamber-like presentation of the literati style, showcasing the erhu (string instrument). Popular electric cellist Tina Guo also plays the erhu.

Prior to the 20th century, the literati style of music was largely unknown outside elite or monastic societies. In the 1920s, China began developing its own orchestral style, based on Western orchestral organizational principles, which made live classical Chinese music more available to the general public. This orchestral approach to literati music created a new, modern style, called guoyue (“national music”). Here is a performance of modern Chinese orchestral music. It’s not unusual to also see a mix of Chinese and Western instruments in some Chinese orchestra performances.

Technology also made listening to the music more accessible to more people. Indeed the 1950s is considered a high point in the history of traditional classical Chinese music since it opened up to so many more Chinese people. The advancement of Chinese classical music took a grievous hit during the Cultural Revolution in China (1966-1976), when the music was branded as bourgeois and immoral, and performance of it was made illegal.

Fortunately, today the range of classical Chinese musical styles, both ensemble and orchestral, are wildly popular in China and gaining attention abroad.